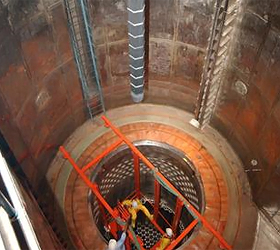 WASHINGTON: The United States says it will look to New Delhi to see what changes can be made to the nuclear liability bill passed by Indian parliament making suppliers of nuclear equipment also potentially liable.

In its first public reaction to the controversial provision, state department spokesman Phillip Crowley told reporters Tuesday: “I think we continue our discussions with the Indian government on this issue.”

“We note that Indian business leaders are concerned about some specific aspects of the law that was just passed by parliament, and we will look to the Indian government to see what changes can be made,” he said when asked to comment on reports that US business was not happy about the law in its present form.

US officials have so far refrained from offering comment on the limiting liability legislation, a key piece under US law to pave the way for the implementation of the landmark India-US civil nuclear deal, but American firms hoping to supply equipment to India have expressed concerns.

The US India Business Council, representing 300 top US companies doing business with India, wanted India to adopt a nuclear liability regime “channelling absolute and exclusive liability to nuclear power plant operators and establishing a sole remedy for compensation of claims”.

“These principles are basic to international best practices as reflected in the International Atomic Energy Agency’s Convention on Supplementary Compensation ( CSC),” it said in a guarded reaction to the legislation after its passage in the Rajya Sabha last week – Timesofpakistan