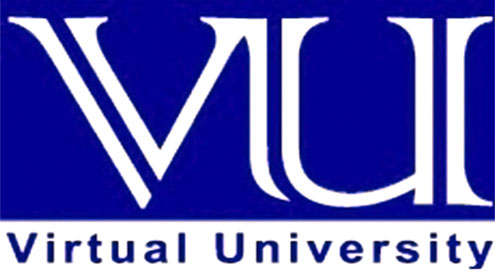 LAHORE: Administrative irregularities have been found in the Virtual University (VU) of Pakistan such as appointment of blue-eyed officials on key positions and assignment of multiple positions to one official.

According to documents available with Media, another cameraman, Haroon Mushtaq, who is only an intermediate, has been appointed senior engineer in the department in violation of the Employees Service Statutes 2002. BSc engineers whose rights have been abused include Muhammad Farooq and Muhammad Akram and five associate engineering diploma holders are Rajab Ali, Muhammad Riaz, Muhammad Azam, Ishtiaq Ahmed and Muhammad Rafiq.Sources said Waqar and Haroon are exercising powers of engineers and heading the university’ Engineering Department.

According to PEC rules, only a qualified, PEC registered engineer can head the Engineering Department.Both Waqar and Haroon have been heading the Engineering Department since 2005 and they had also interviewed their subordinates.In another violation of rules, Transmission In-charge Muhammad Zia is holding five portfolios, including offices of traffic in-charge, Multimedia Assets Management (MAM) estate officer (security in-charge). He is also a non-engineer official and supervises two MSc engineers and three BSc engineers.

Separately, Babar Ali, an MBA, has been appointed programme manager in the VUTV Programme Department although he does not have the required qualification for the post. Sources said that Babar was a blue-eyed official and had illegally been promoted from the post of producer to programme manager. Three vacant positions of producers are also not being advertised. A position of producer was vacated in 2006 after resignation of an employee. Another post fell vacant when Babar was promoted in 2011.

Three assistant producers, all of them holding degrees of mass communication, are working under the programme manger. In VUTV Registrar Office, Assistant Registrar Muhammad Aamer, a BA degree-holder, has allegedly submitted a fake degree of MBA to claim promotion. Sources said that Aamer allegedly purchased an MBA degree from an official of Al-Khair University in 2009 even though the university was banned at that time.

Qualified and experienced people are working under Aamer but the administration has only been promoting him on all forums, sources said, citing a recent incident of his nomination for attending a conference in China.In VU Radio too, those people are working as producers who do not meet educational and professional experience criteria. For instance, Haroon Mushtaq is also working as producer for VU Radio and does not meet the required criteria. VUTV Account Officer Muhammad Aurangzeb, who is said be the relative of a VU officer, has been made deputy director (finance), sources said.

Haroon Mushtaq told Media that his education was ongoing and that he had “vast experience” in the relevant field. He added he had also done various field courses relevant to his job. He said he was not working illegally and had gone through proper selection process. Babar Ali said that although he was an MBA and working as programme manager, he had vast experience of production. – Dailytimes