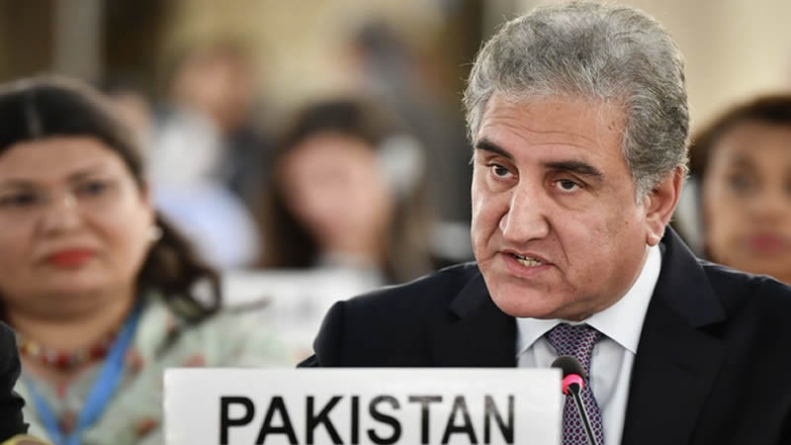 Foreign Minister Shah Mehmood Qureshi on Thursday confirmed that the International Monetary Fund (IMF) has decided to give a one-year debt relief to Pakistan as the country grapples with the coronavirus pandemic.

Qureshi’s statement came just hours after finance ministers of G-20 countries announced a major debt relief for 76 developing nations which also include Pakistan. The grouping of world’s developed economies decided to freeze the debt payments of developing countries in order to allow them focus on fighting the pandemic.

Speaking at a news conference, Qureshi said the initial debt relief is for one year, but added the period could be extended since the situation is still evolving. Asked to share the benefits for Pakistan, the foreign minister said Pakistan annually spends $10 billion to $12 billion on debt servicing. He said while the details are being worked out by the finance ministry, the impact of debt relief for Pakistan will be ‘substantial’, allowing the country a much needed ‘fiscal space’ to focus on the downtrodden against the backdrop of Covid-19.

Since the outbreak of Covid-19, Prime Minister Imran Khan has been seeking debt relief for developing and poor countries. On April 12, he formally launched an appeal urging the international financial institutions and developed world seeking debt relief.

Qureshi said prior to PM’s appeal, the foreign office in consultations with the relevant ministries prepared a comprehensive plan for the debt relief. For this purpose, Qureshi said he wrote letters and spoke to 30 foreign ministers over the past few weeks, seeking their help for Prime Minister Imran’s global initiative for debt relief.

Answering a question, Qureshi urged President Donald Trump to review his decision of suspending funds to the World Health Organisation (WHO). He said this is the time all countries should be united against the fight against coronavirus.

Prime Minister Imran Khan, in a meeting with his Finance Advisor Dr Abdul Hafeez Sheikh, appreciated the debt relief measures taken by the G20 countries, International Monetary Fund and the World Bank for the developing countries including Pakistan.

Meanwhile, Special Assistant to Prime Minister on Information and Broadcasting Dr Firdous Ashiq Awan Thursday said the plea of Prime Minister Imran Khan for the rights of the poor in developing countries has been fully heeded to by the rich nations.

The world’s highest forums, including the International Monetary Fund, World Bank and G-20 countries deciding to provide debt relief to the poor states is welcoming amid the ongoing fight against the coronavirus pandemic, she said in a tweet.

She said the COVID-19 has affected the economies around the world but its social and economic impacts are far more severe in the developing countries. An effective response from the rich nations is the crucial requirement to protect the people of the Third World from hunger and poverty, she added.

She said unconditional support and relief from the financial institutions and rich states is imperative for the developing countries to meet the current challenge and for their economic recovery, and the prime minister’s appeal in this regard shows his acumen, vision, foresightedness and leadership qualities.

Pakistan was included in the group of countries eligible for debt relief on all principal and interest payments to official bilateral creditors announced by the G20 countries in their Riyadh meeting on Wednesday. The G20 grouping had been urged by the World Bank and the International Monetary Fund (IMF) to extend debt relief to the poorest countries to free up their resources for the Covid-19 related challenge instead. On Wednesday, the G20 made the decision to include all countries grouped under the World Bank’s International Development Association (IDA) to be eligible for debt relief under the proposed plan. The IDA group contains 76 countries of which Pakistan is one. The G20 worked with a grouping of African countries as well as the multilateral lenders IMF and WB to decide on the terms of the debt relief.

The suspension period for debt relief will start from May 1 and continue till Dec 1, 2020. All debt service falling due in this period will be packaged into a new loan on which the payments will not start until June 2022. Then it will be paid over the subsequent three years. A standardized term sheet has been made for all the payments clubbed under the relief plan.