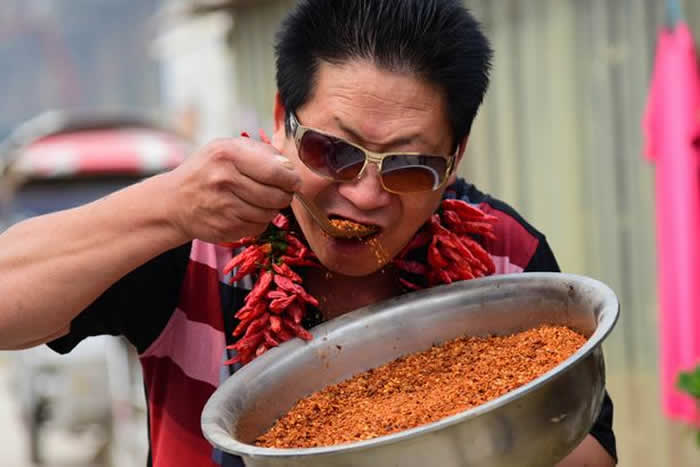 He eats chillies with his meals. He eats chillies on their own. And in the morning as he brushes his teeth, in his mouth, are chillies. In fact, the 54-year old from central China says he can’t imagine life without eating chillies.

This is my own delicacy.” Once a construction worker, Li gave it all up when he discovered he could make money eating chillies. Now a professional, he appears on television shows, commercials and at chilli eating contests.

But is it healthy? One doctor says he appears to be just fine. He can take it. He’s always eating chillies. Li says he eats on average about two kilos of chillies a day. – Reuters