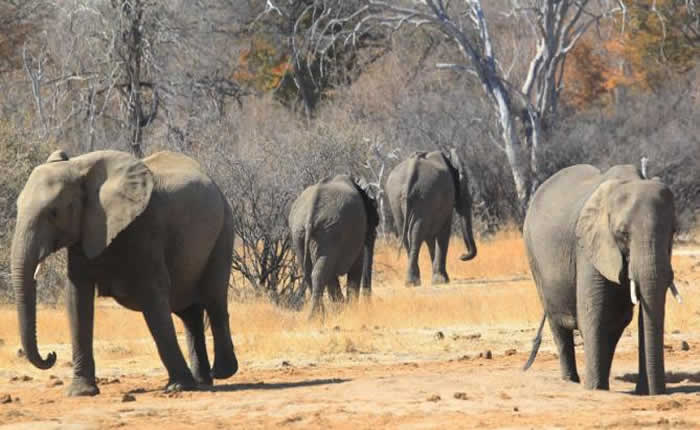 The hunt that killed one of the biggest elephants seen for years in Zimbabwe was legal, the wildlife authority said Saturday.

The Zimbabwe Parks and Wildlife Authority (ZimParks) said the elephant which was killed last week in the southeastern part of the country had tusks weighing 54 and 55 kilogrammes respectively adding that proceeds from the hunt would go towards wildlife conservation.

“On the 7th of October 2015, an adult male elephant was hunted as a trophy by a foreign client through a locally registered safari company in Malipati Safari area,” the ZimParks statement said. It said the area was “allocated sustainable quotas and hunting permits for all wildlife species including elephants on annual basis.” Malipati is adjacent to Gonarezhou national park and the two game parks hold 11,452 elephants, ZimParks said, dismissing reports that the elephant hunt took place inside the national park. “Zimbabwe subscribes to the principle of sustainable utilisation of its natural resources, including consumptive and non-consumptive utilisation of wildlife,” the statement said. “Wildlife utilisation programmes and projects generate revenue that is used to develop local community areas and contribute to the improvement of living standards of local communities and to support conservation programmes.” ZimParks could not name the hunter who killed the elephant or give details how the huge mammal was killed. However, wildlife groups reported that a German hunter paid $60,000 to shoot the huge male elephant, reviving the fierce debate over trophy hunting after the shooting of Cecil the lion.

Emmanuel Fundira, chairman of the Safari Operators Association of Zimbabwe (SOAZ) Friday said the elephant was “so huge its tusks were almost hitting the ground while it was standing.” He said SOAZ believed that the elephant should have been treated as a “national treasure” rather than killed. The Zimbabwe Conservation Task Force (ZCTF) condemned the elephant hunt. “It’s wrong to kill an iconic animal like that,” said Johnny Rodrigues, chairman for ZCTF. “The last time one was seen (of such size) was more than 40 years ago. The hunter should not have shot it.” In July, American dentist Walter Palmer incensed animal rights activists worldwide when he shot and killed Cecil the lion with a powerful bow and arrow. Cecil was a well-known attraction among visitors to the Hwange National Park and was wearing a tracking collar as part of an Oxford University research project. Zimbabwe this week abandoned its bid to press charges against Palmer, saying his papers “were in order” and that he did not know he was committing any offence. The Zimbabwean Parks department recently vowed to increase patrols after at least 26 elephants were poisoned to death by poachers in separate incidents over the past month. –AFP

Gas tariff to be raised in January, IMF assured