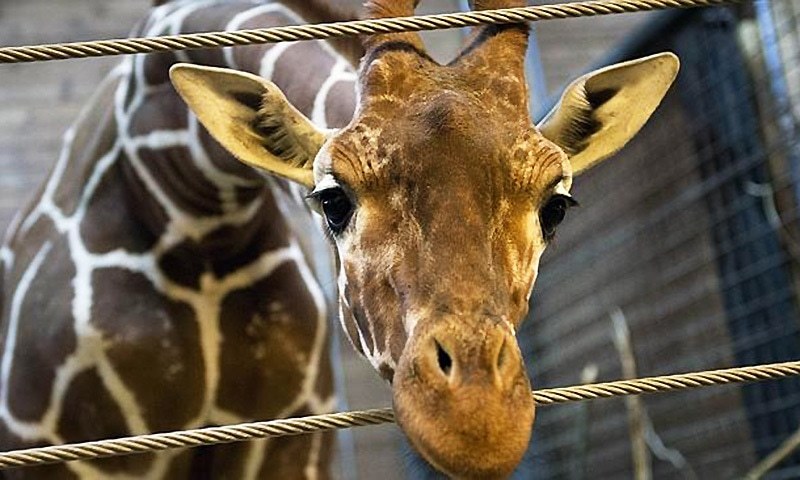 “All three giraffes which had been imported in 2007 have died. We are awaiting the postmortem report,” he said.

Zoo Deputy Director Mudassar Hasan told this reporter that the 14-year-old giraffe was seen moving in its yard by 3am and it was found dead by 5:30am. Lahore Zoo seems to be an unfortunate place for giraffes. After every two or three years a giraffe dies owing to one reason or the other. Some seven or eight years ago, a giraffe died at the zoo after swallowing a plastic bag and another was killed by a zebra. A female giraffe got her neck crooked and finally died. Now the zoo does not have giraffe, a popular animal among children. In 2007, giraffes were imported after a gap of some 13 years.

Since 1996, the zoo administration had tried for almost 10 times to procure these animals, but due to certain reasons it could not succeed. Giraffes belong to mammalian group and their subspecies are found throughout the African continent. They are about 15 to 19 feet high and 550kg to 1,800kg in weight. The variation in size and weight is due to availability of space and food. A giraffe eats around 75kg leaves in a day. The animal lives up to 26 years in jungle and 32 to 40 years in captivity. They give birth to a single cub after 465 days.