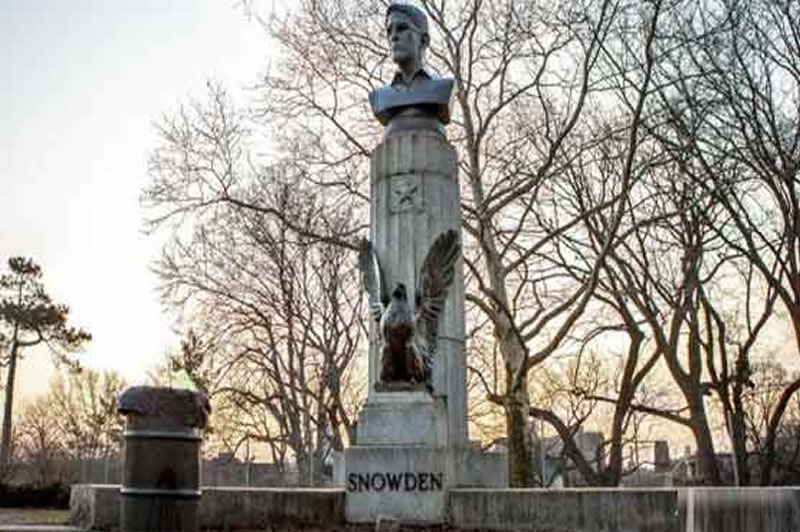 A group of artists on Monday installed a bust of fugitive US intelligence analyst Edward Snowden on a war memorial in a New York park, though authorities quickly removed the illicit statue.

The trio of artists placed the bronze-looking bust atop a column on a memorial to Revolutionary War soldiers in Brooklyn s Fort Greene Park, just before dawn.

The name “Snowden” was also affixed to the bottom of the column. “We have updated this monument to highlight those who sacrifice their safety in the fight against modern-day tyrannies,” the unidentified artists said in a statement to the blog Animal New York. “All too often, figures who strive to uphold these ideals have been cast as criminals rather than in bronze.”

The statue is made of a type of plaster called hydrocal and weighs about 100 pounds (45 kilograms.) By noon, authorities had covered it with a blue sheet. They hauled it away a short time later. Snowden, 31, a former contractor at the US National Security Agency, has lived in exile in Russia since 2013 after revealing mass spying programs by the United States and its allies.