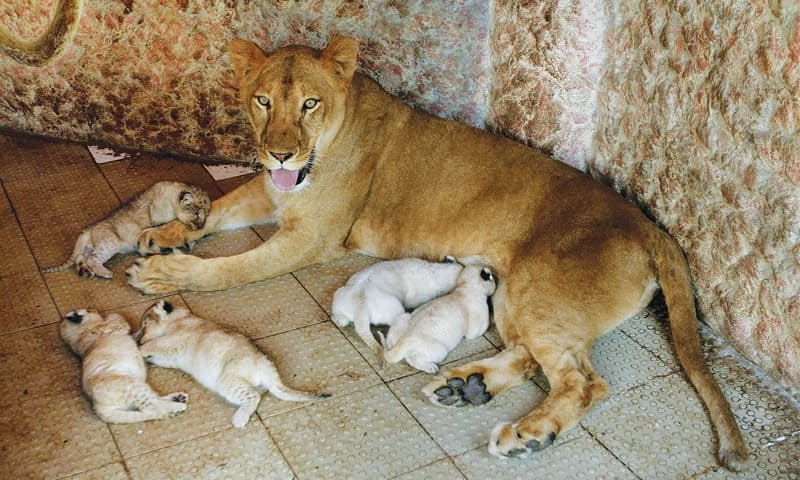 It’s a baby boom for the owner of a pet lioness in Multan.The African lioness named Rani has given birth to five healthy cubs. Lions normally have litters of two or three cubs.

Malik Fazal Abbas, the owner, said he has had 4-year-old Rani since she was two months old. The male lion Rani mated with is also kept by Mr Abbas at his home in Multan.

Mr Abbas, who is a cotton and mango grower, says he has a licence from the wildlife department to keep lions as pets.