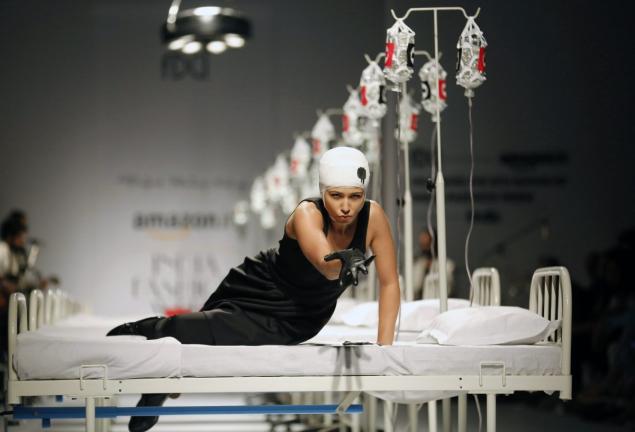 Nine hospital beds in a row and imaginary patients hooked up to intravenous drips. Not the usual setting for a fashion catwalk.

But Indian designer Rajesh Pratap Singh returned to his roots for the inaugural show of the Amazon India Fashion Week in New Delhi on Wednesday. 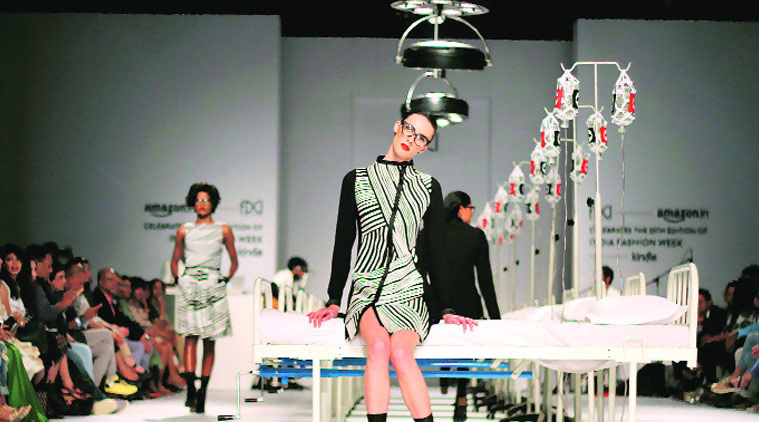 Singh, who grew up in a family of doctors, said his show was a tribute to healthcare professionals who saved lives despite going through problems of their own. “I belong to a medical family and it (the show) was basically respect for health workers,” Singh told Reuters.

Models took a stroll down the pristine white catwalk in sheath dresses and pleated skirts that the designer said were meant to evoke the uniforms of nurses in the 1950s. The models wore large-framed glasses and many of the black-and-white leather and wool ensembles featured polka dot patterns to symbolize drops of blood. 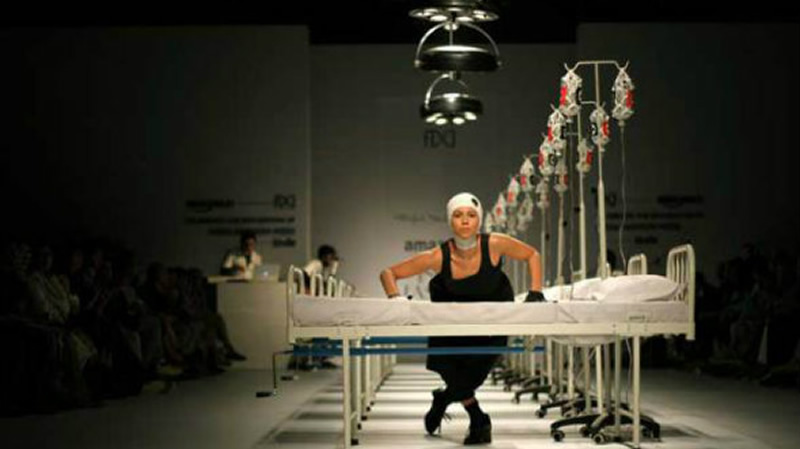 Singh’s model nurses occasionally lay down on the beds, broke into an impromptu jig, scowled or seemed to have seizures as they posed for photographers at the edge of the runway. Many wore surgical masks while some carried first-aid boxes. At least one model sported a bandaged head. “It symbolizes what they are going through, and at the same time they are very professional,” Singh said.

More than 100 designers are showcasing autumn and winter collections on the runway or in stalls at the fashion week that ends on Sunday. India’s premier fashion event, first held in 2000, is being sponsored this year by the Indian arm of online retailer Amazon. – Reuters