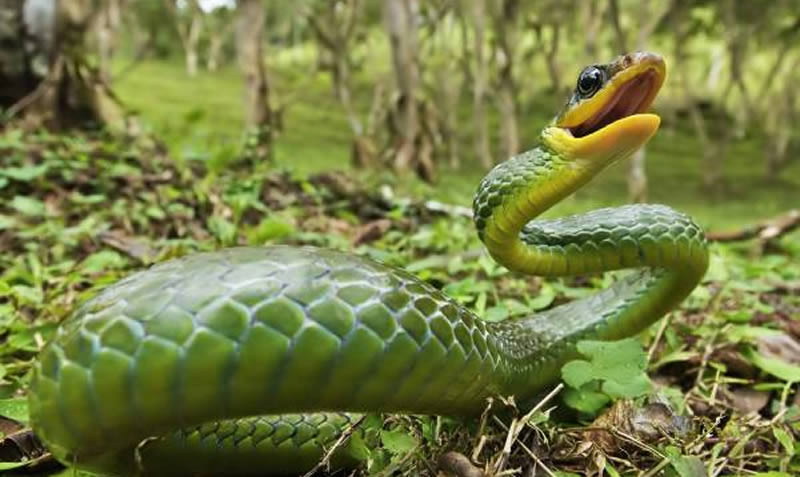 A new look at four fossils has revealed that snakes’ earliest known ancestor lived as many as 70 million years earlier than thought, scientists said Tuesday.

Until now, the fossil record had suggested snakes slithered onto the scene in the Upper Cretaceous period, about 94-100 million years ago.

But an international team of researchers reported in the journal Nature Communications that serpents actually have a much longer lineage. “[E]volution within the group called ‘snakes’ is much more complex than previously thought,” Michael Caldwell, a professor at the University of Alberta in Canada, said in a press release. Re-analysing fossils in museum collections, the scientists found that the oldest among them belonged to the earliest identifiable snake, which lived between 143 and 167 million years ago.

Its skull has key features that have continued to appear among snakes ever since, even through millions of years of species diversification. The granddaddy is a critter dubbed Eophis underwoodi, after Garth Underwood, an expert at Britain’s Natural History Museum, who wrote an important reference work on snakes in the 1960s. Its fragmentary remains were found at a cement quarry in Oxfordshire.  E. underwoodi lived in the Middle Jurassic period, during the final stage of an important event in Earth’s geological history — the breakup of the Pangaea supercontinent into two components called Gondwana and Laurasia. It, and the three other ancient fossils, suggest that snakes by this time had already differentiated from their lizard cousins, the study says.

The big giveaway is the skull, which remains almost unchanged among snakes to this day. Though E. underwoodi still had limbs, its cranium and dental features closely resembled today’s snakes. Snakes lost their limbs gradually under evolutionary pressure as they adapted to niche habitats. Caldwell and his team are hoping for other fossil finds to show whether there were even older snakes. They would also like to fill a knowledge gap of tens of million years the discovery has opened. (AFP)