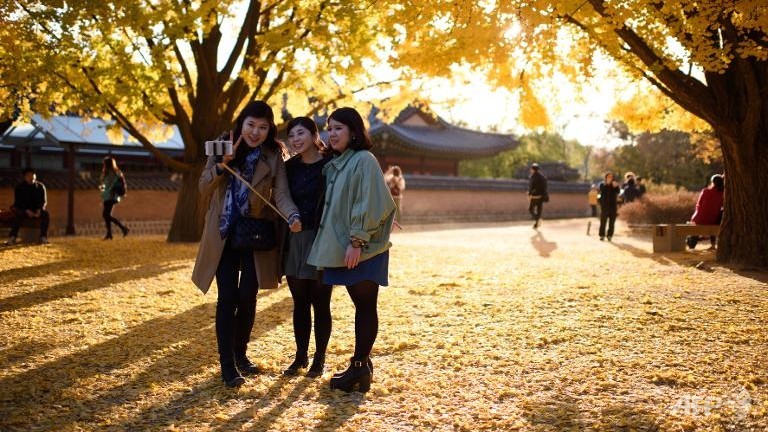 That selfie stick in your hand. A harmless memory-maker? Or a potentially chaos-inducing electromagnetic radiation emitter?

In South Korea, it seems, it could be both and anyone selling an unregistered version could face a $27,000 fine or up to three years in prison, the Science Ministry announced last week.

It won’t be so easy to regulate the sale of these small, articulated monopods designed for cell phone-wielding photographers, given their numbers. The focus of the ministerial crackdown are those models that come with bluetooth technology allowing the user to release the smartphone shutter remotely, rather than using a timer. The problem, the ministry says, is that such units are designated as communication equipment given their use of radio waves to provide a wireless link between separate devices. They have to be tested and certified to ensure they don’t pose a disruption to other devices using the same radio frequency. Ministry officials admit the crackdown is basically motivated by a technicality, given that the weak, short-range signals emitted by bluetooth devices are hardly likely to bring down a plane or interfere with police frequencies.

“It’s not going to affect anything in any meaningful way, but it is nonetheless a telecommunication device subject to regulation, and that means we are obligated to crack down on uncertified ones,” an official at the ministry’s Central Radio Management Office told AFP. However, despite the harsh penalty on offer, the “crackdown” appears to have been relatively low-key, with no mass police raids on unsuspecting selfie stick vendors. “The announcement last Friday was really just to let people know that they need to be careful about what they sell,” said the official, who declined to be identified. “We’ve had a lot of calls from vendors who think they might have been unknowingly selling uncertified products,” he added. South Korea is, in many ways, a highly regulated society, and people are generally used to a pervasive requirement for registration and certification.

Selfie stick vendors in Seoul appeared to be taking the ministry’s order in their stride as it’s not really the main source of their profit. A basic model sells for as little as $5.0 and the bluetooth-enabled versions go for $25 and up. – AFP