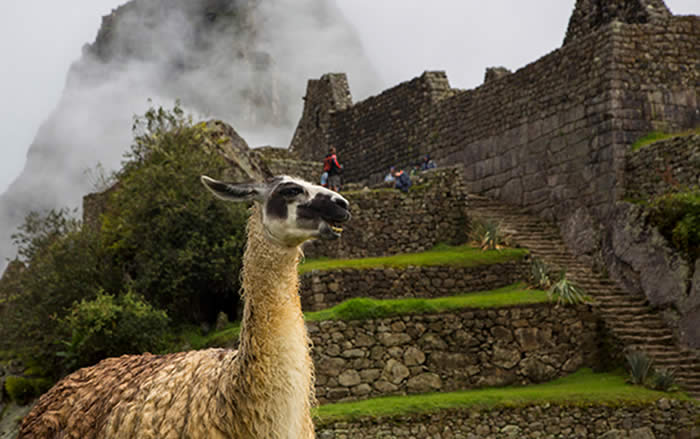 It has been said that two thousand five years ago, The Greek Historian named Herodotus has made a list of what in his opinion were the extraordinary structures in the world. The list he made became known as the SEVEN WONDERS. The wondrous list made by Herodotus included structures near the Mediterranean sea-only area known to the Ancient Greeks. Swiss Explorer Bernard Weber wanted every person to take part in choosing the new seven wonders of the world. People voted on places they thought belonged to the new list. Results announced in a ceremony in Lisbon on 7th July 2007. These are the stupendous man-made creations which have weathered the ravages of the time and nature. These spectacular structures of buildings are not merely edifices of bricks but emanate of life.

This unprecedented global movement has united people of all over the world through this seven wonders campaign.

The new seven wonders of the ancient world are: It is a 38 meters tall standing Statue of a Jesus at the top of 700 meters Corcovado Mountain in Tijuica Forest, overlooking the Rio De Janeiro. This splendid statue of Jesus has become an icon of Rio. Now Rio is known by this statue. It is also a symbol of Roman Catholic Church- the largest church of the world. The art deco Jesus Christ is built by the Brazilian engineer Heitor with the collaboratiuon of a French engineer Albert Caquot. Structure was made out of reinforced concrete instead if steel suitable for cross-shaped sculptor, its outer layers are soapstone. The idea of erecting this sculptor was first suggedted in 1850s, when catholic priest advised to place a Christian monument on the top of the mount Corcovado in the honour of princess Isabel- daughter of Emperor Pedro II. This religious monument was opened on 12th October,1931. The great wall of china is one of the longest man-made sight of the world, awe-inspiring feat of ancient defensive architecture, stretching over approximately 6,400km from Shanhai pas (east) to lop nur in the west. There is curiosity among people aboukt the overall length of great wall, it had been revealed in 2012 as 13,170.69 miles. This great wall is a series of stone and earthern fortifications.

In 1932, Cartoon claims that the wall is “ the mightiest work of man, the only that would be visible to the human eye from the moon” Petra is a historical and archaeological city located in the south of Jordan, lies among mountains which forms the eastern flank of Arabah. A13th century Shrine, built by Mameluk sultan, to commemorate the death of Aaron. It has been identified as the capital of Nabataeans. It is famous for it’s stone structures that is carved into the rocks and water conduct system. Rose City is it’s another name because of the colour of the stone that came out after carving. It has become an icon of Jordan. It Started tto diminished under the Roman rule. It is known as a large pre-columbian archeological site which was built by the Maya Civilization, located in Mexico. It indicates that Chechen Itza fell by around 1000AD.

It is a merger of two cultural traditions. The Tempel contains 365 steps which basically means “one step, each day of the year”. It’s ball court is known as the largest in the Americas, measuring 168 meters long, 70 meters wide. We can say it a hub of regional trade. It is the Mexicos’s second most visited site. An ivory-white marble mausoleum located in Agra, India is commissioned by the Mughal Emperor Shah Jahan for his beloved wife Mumtaz Mahal. In 1631 he was grief-stricken due to the death of his second wife while giving birth of their fourteenth child. Taj Mahal is known as a lkegend of eternal love of Shah Jahan for his Loved Queen. The contruction of Taj Mahal was approximately completed in 1648. It is the finest and the most beautiful example of Mughal architecture. It is an icon of India’s rich history. It’s architecture styles combines elements of Turkish, Persian, Indian and Islamic monument. Roman Colosseum begun by Vespasian, inaugurated by Titus in 80AD. It’s location is between the Esquiline and Caelian Hills, first permanent emphitheater to be built in Rome. Up until the 18th century it was used as a source of building material. The two-third original Roman Colosseum has been destroyed with time but it is a popular tourist destination and an icon of Rome. It has close connection with Roman Catholic Church. It is constructed around 1450, situated on a mountain ridge 2,430 meters above sea level. It was abonded less than 100 years because of the collapsation of Empire under Spanish conquest. Most archelogists often mistakenly referred to as the “lost city of the Incas”. It is the familiar icon of Inca Civilization. It is declared as the UNESCO World Heritage site in 1983. It is never destroyed by Spanish, as many other sites if Inca.