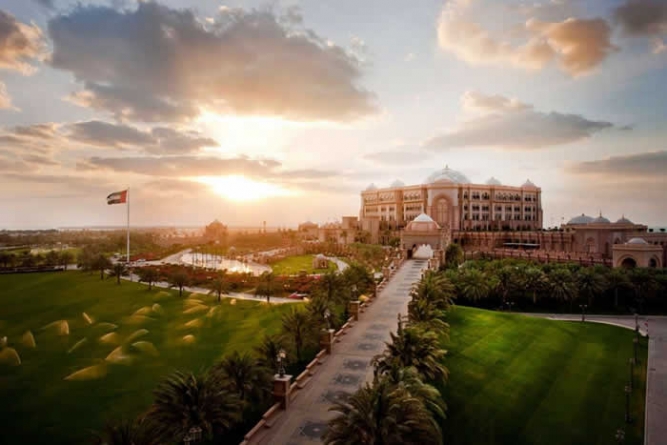 Carved out of the Balinese jungle by Irish designer Linda Garland in an ongoing project since the ‘70s, the Panchoran Retreat is a blend of art project, resort, and ecogarden. The retreat has been home to festivals, workshops, and generations of environmentalists conducting research year round.

The absolutely quintessential African safari resort, the Ngorongoro Crater Lodge acts as steward of the Ngorongoro Conservation Area, a wildlife reserve home to scores of rare and endangered species. It ranks.

Situated in the heart of Marseille, each room at the Au Vieux Panier has been individually decorated by an artist or graphic designer of worldwide acclaim (and the rooms change every year). Not only is there a rooftop terrace where you can look out over the city center, but also a hotel library, perfect for a relaxing night in.

The mac-daddy of Thailand resorts, this place looks like the deserted jungle island you’ve always dreamed of waking up on after a bumpy flight to somewhere boring. To top it all off, after your day of lounging in the luxury hydro-pool your pavilion is outfitted with, you can catch the sunset from this sandy beachside cave restaurant.

On Santorini (with its signature white-and-blue color scheme), the Katikies Hotel lends further credence to the idea that not only is putting a pool on an island surrounded by water not redundant, but you can do so just about anywhere in Greece and still achieve a killer view.

This recently renovated hotel, used since the Byzantine era as a monastic retreat, had been a getaway just outside of Ürgüp, in the Cappadocia region, for centuries before it was converted into a hotel for the public, which pretty much guarantees its awesomeness.

The first (and only) true ice hotel in North America, Hotel de Glace opened in 2001 and has been rebuilt every December since. With a three-month lifespan, the features of this hotel are different each year, but it’s famous for its recurring chapel, bar, and grand ice slide.

The Swiss ski village of Gstaad is one of the top resort areas in the Alps, and the Alpina is pretty much the top-of-the-line accommodations for those who have the scratch. The views from your room’s balcony couldn’t get much better.

With its glass-bottomed bungalows and underwater rooms, the Conrad Maldives Hotel has serious appel. To reach it, you have to take a 30-minute private seaplane, but on arrival you can enjoy any of their 101 carefully curated cheeses and 20,000 wines, while being surrounded by whale sharks, manta rays, dolphins, turtles, and “an excellent coral reef.”

Managed by the Kempinski Group of hotels and resorts, this seven-star property is the second most expensive hotel ever built. Might as well play the part and arrive via the private marina or helipad.