It’s his home from home while he holidays in St Barts every year.So it’s no surprise that Simon Cowell’s £270,000 a week super yacht is decked out with every possible luxury for his group of friends, his mum and his exes.

The music mogul has been spotted languishing on the deck of the 196ft Slipstream yacht, which sleeps 12 and is moored just 200 yards off shore, while he suns himself with his nearest and dearest.While his beloved mother Julie, 85, is being put up by The X Factor USA star in a £2,000-a-night hotel suite nearby, Simon prefers to spend most of his time on board with ex-girlfriends including Sinitta and Mezhgan Hussainy.

The 53-year-old is used to his luxury lifestyle by now, so it’s no surprise that the plush boat is filled with lavish amenities for the group to enjoy.A large hot tub can be found near the front of the boat, surrounded by comfy sofas and cushions, for Simon’s harem of beautiful friends to recline on.Just inside, behind a glass panel which opens up, is a nine-seater dining table, also flanked by a number of sofas, where the group spends its evenings.

When inside the boat, there’s a huge living area as well as a number of luxurious bedrooms and suites where the mogul and his friends can get their forty winks.The master bedroom seems to be decked completely in red and black, with blood red walls and ceiling and jet black sheets on the bed.Cowell is thought to hire the same yacht every year for him and his friends, and employs 14 staff to run it while they are there.The star has allegedly spent upwards of £750,000 on keeping both his mother and his on-off girlfriend Mezhgan happy in the Caribbean.According to reports, Simon also paid to fly everyone out to the island paradise, picking up the £22,000 bill for business class flights to bring everyone together.With a net worth thought to be upwards of £225 million, it seems that what the three-week holiday coast was just pocket money. – DailyTimes

Simon Cowell With His Mum And His Exes... 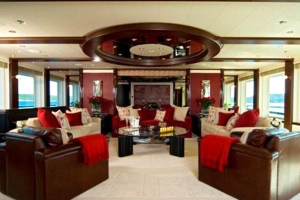 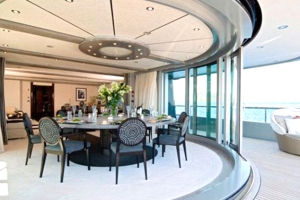 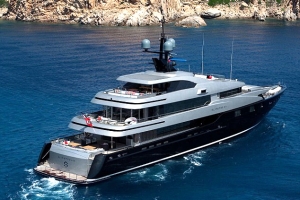 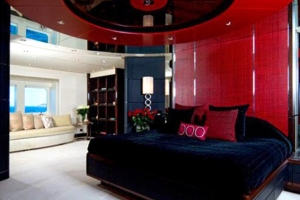 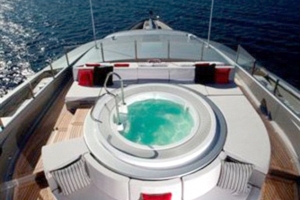 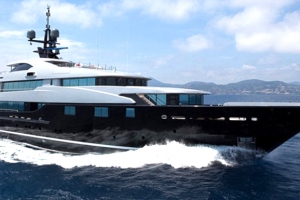