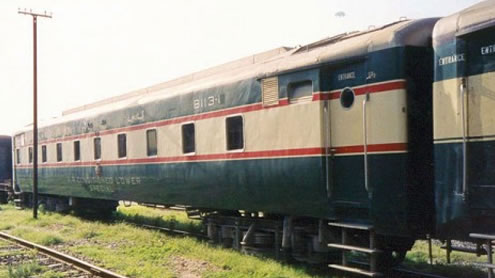 LAHORE – Out of 202 railway coaches 55 have arrived in Pakistan while remaining 147 would be prepared in Islamabad Carriage Factory with the help of Chinese engineers under an agreement of Rs17 billion.

A Railways official told that coaches would be attached with trains after completion of testing. Among 55 coaches, 12 are airconditioned business class, one AC sleeper, 31 economy class, five power vans, four brake vans and two are dining cars. The coaches are prepared on modern techniques and are equipped with almost every facility. The officers believed that coaches certainly would help to improve Railways operational efficiency.