Built, damaged, demolished, rebuilt and restored several times before being given its current form by Emperor Akbar in 1566 (when he made Lahore his capital), the Lahore Fort is the star attraction of the Old City. Note that the museums here may close an hour or so before sunset.

The fort was modified by Jehangir in 1618 and later damaged by the Sikhs and the British, although it has now been partially restored. Within it is a succession of stately palaces, halls and gardens built by Mughal emperors Akbar, Jehangir, Shah Jahan and Aurangzeb, comparable to and contemporary with the other great Mughal forts at Delhi and Agra in India. It’s believed that the site conceals some of Lahore’s most ancient remains.

The fort has an appealing ‘abandoned’ atmosphere (unless it’s packed with visitors) and although it’s not as elaborate as most of India’s premier forts, it’s still a fabulous place to simply wander around.

The fort is entered on its western side through the colossal Alamgiri Gate, built by Aurangzeb in 1674 as a private entrance to the royal quarters. It was large enough to allow several elephants carrying members of the royal household to enter at one time. The small Moti Masjid (Pearl Mosque) was built by Shah Jahan in 1644 for the private use of the ladies of the royal household and was restored to its original delicacy in 1904.

The Diwan-i-Aam (Hall of Public Audience) was built by Shah Jahan in 1631, with an upper balcony added by Akbar. It’s where the emperor would make a daily public appearance, receive official visitors and review parades.

Khawabgarh-i-Jehangir (Jehangir’s Sleeping Quarters), a pavilion on the north side of his quadrangle, now houses a small museum of Mughal antiquities. One charming story about Jehangir is that he had a chain suspended outside the fort, which anyone unable to obtain justice through the usual channels could pull. A bell would ring in his private chambers and the petition would receive his personal attention.

Moving west, another graceful pavilion, the Diwan-i-Khas (Hall of Private Audience), was built by Shah Jahan for receiving guests.

The Shish Mahal (Palace of Mirrors), built by Shah Jahan in 1631, was closed for renovation at the time of research, but should be open by the time you read this. Decorated with glass mirrors set into the stucco interior, it was built for the empress and her court and installed with screens to conceal them from prying eyes. The walls were rebuilt in the Sikh period, but the original marble tracery screens and pietra dura (inlay work) are in remarkable condition. The view from here over the rest of the fort and Badshahi Mosque is rewarding.

Naulakha is the marble pavilion on the west side of the quadrangle, lavishly decorated with pietra dura – studded with tiny jewels in intricate floral motifs. It was erected in 1631 and its name, meaning nine lakh (900,000), refers either to the price to build it or the number of semiprecious stones used in its construction.

You can exit the fort from here, down the Hathi Paer (Elephant Path) and through Shah Burj Gate; if you do, look behind to see the fine painted tilework of the outer wall. 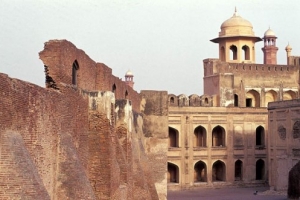 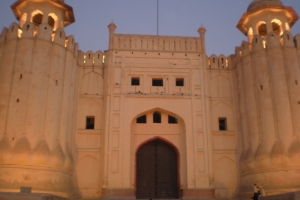 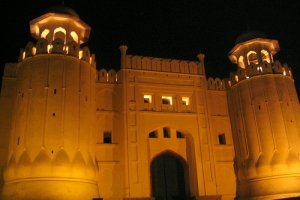 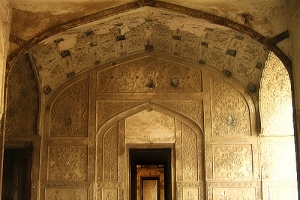 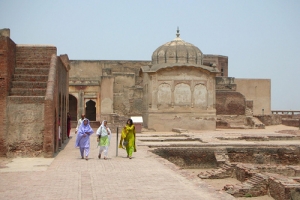 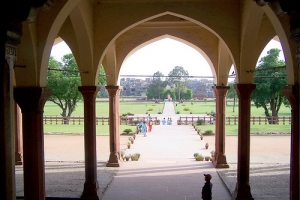 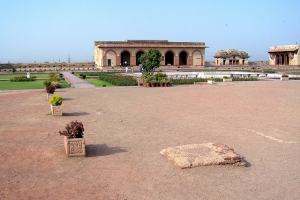 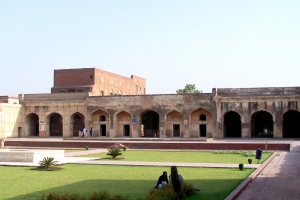 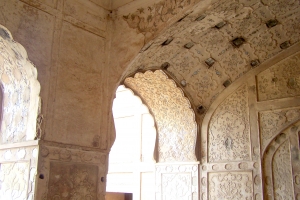 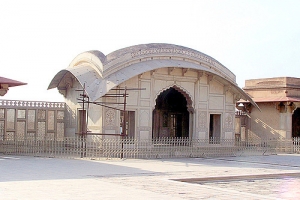 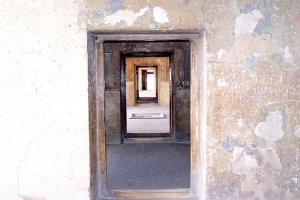 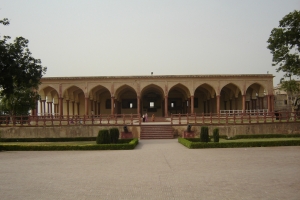 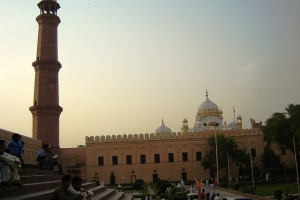 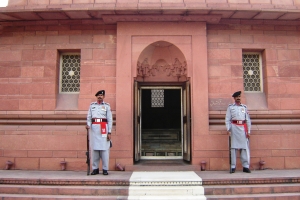 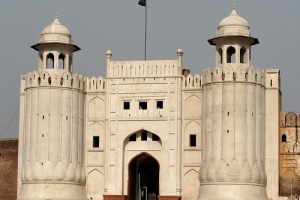 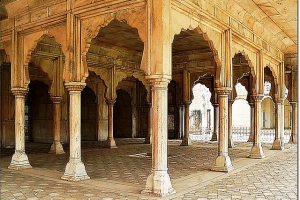 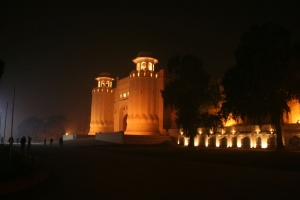 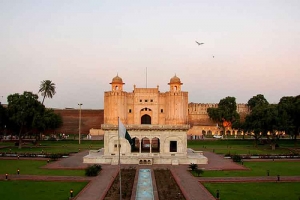 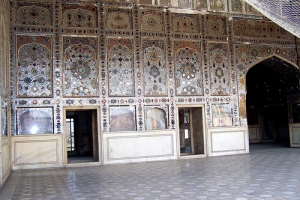 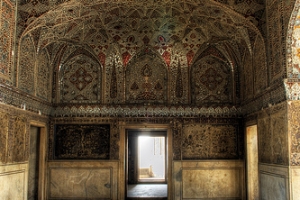 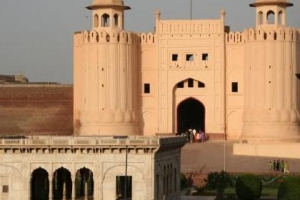 The gate of the Shahi Qila on Azuri Bagh 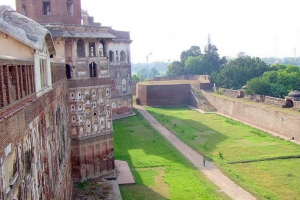 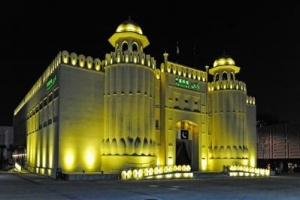