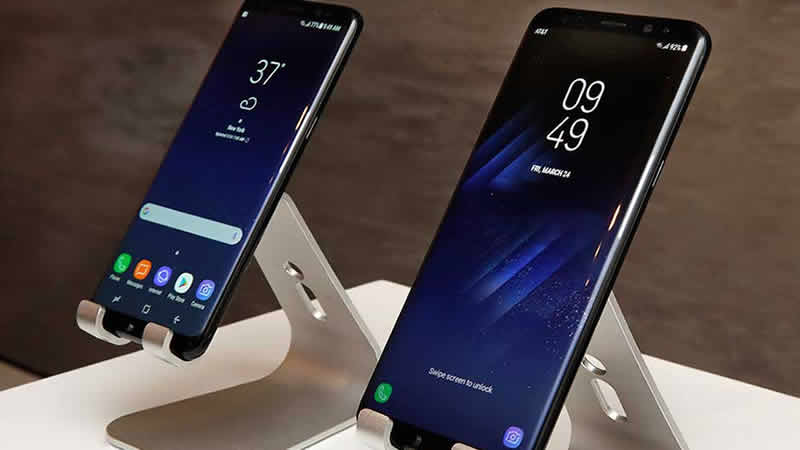 Samsung’s new Galaxy S8 went on sale over the counter in South Korea Friday as the world’s biggest smartphone maker seeks to move on from a disastrous handset recall and corruption scandal that has hammered its once-stellar reputation.

The device, unveiled in New York last month and a challenge to Apple’s iPhone, is the firm’s first major launch since last year’s humiliating withdrawal of the Galaxy Note 7 over exploding batteries.
It also comes with vice-chairman Lee Jae-Yong and other executives on trial for bribery over their alleged role in the graft scandal that brought down former president Park Geun-Hye.

But the company’s profits are rising and the new phones have received good reviews, with more than one million pre-orders for the S8 and the larger S8+ in South Korea alone. Shares in Samsung Electronics jumped more than 2.5 percent Friday, adding around $7 billion to its market capitalisation. Market reactions to the release of the S8 series are somewhat positive,” said Lee Seung-Woo of IBK Investment Securities.

Samsung could break the record 48.5 million unit sales it achieved with its S7 series, he added. Barring the weakening of the US dollar, Samsung’s second-quarter operating profit would reach 12 trillion won,” Lee said. Pre-order deliveries began earlier this week, and in-store sales begin in the US and Canada later Friday, with the device due to be rolled out to around 50 more countries next week.

Samsung Electronics is the flagship subsidiary of the giant Samsung Group, whose revenues are equivalent to a fifth of South Korea’s gross domestic product, and the S8 series introduction comes at a delicate time for the embattled firm. The Note 7 recall debacle cost it billions of dollars in lost profit and hammered its global reputation and credibility, forcing it to apologise to customers and postpone the S8 launch.

When Samsung unveiled Galaxy S8 and S8+ in New York last month, it said the new handsets would mark a “new era of smartphone design”. Fitted with screens of 5.8 and 6.2 inches, the two handsets include Samsung’s upgraded digital assistant Bixby, competing in a crowded field that includes Apple’s Siri, Google Assistant and Amazon Alexa.

The most striking feature of the new phones is what Samsung dubs an “infinity display” an expanded glass screen that covers the entire front of the device and appears to curve seamlessly around its edges. But some consumers have complained that the screens on their devices have a reddish hue. Samsung said in a statement that users could manually adjust the colour range according to their preferences.

The home button has been replaced with a pressure-sensitive section embedded under the screen, and the water-resistant phone allows for biometric authentication with fingerprint and iris scanners. The world’s largest memory chip and smartphone maker has said it expected its operating profit in the January-March period of 9.9 trillion won ($8.8 billion), up 48.2 percent from a year earlier, thanks to strong sales of memory chips and display panels.