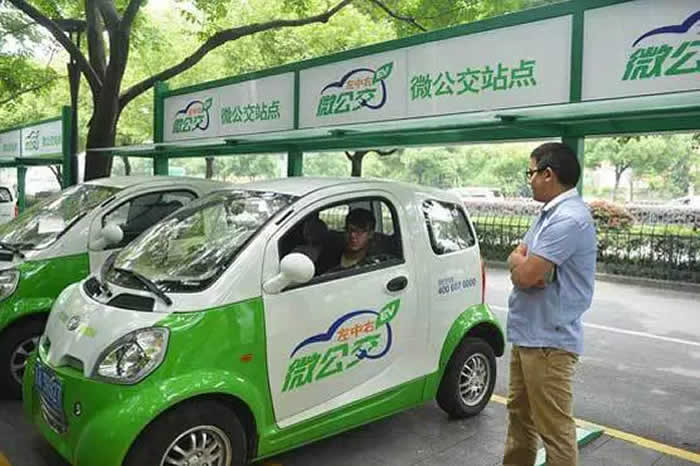 Government subsidies are fuelling a boom in electric vehicles in China, driving hopes for the industry’s global future as the world’s biggest car market offers economies of scale that could make the technology mainstream.

Sales of electric cars, though still modest, have rocketed four-fold in a year — thanks in part to lavish government handouts — as Beijing looks to cut down on dangerous air pollution that shrouds urban areas.

The sector has been a contrast with the rest of the market for cars in China, where growth has slowed markedly alongside the wider economy. And observers say if carmakers can crack China, with its vast population and burgeoning middle class, the rest of the planet could follow. “If China gets moving on electric cars then that would automatically lower prices and have a favourable ripple effect across the whole world,” said Ernst and Young auto expert Jean-Francois Belorgey. “Pollution levels mean the government has no other choice” than to encourage the development of new energy vehicles, he added. Chinese cities are regularly smothered in a haze of particulates, often far exceeding global health guidelines. While much of the pollution comes from coal burning for industry, vehicle exhausts exacerbate the problem. Only 331,000 of the 24 million new cars sold in China last year were electric or plug-in hybrids.

Growing public anger has propelled Beijing to act, with central government subsidies of up to 55,000 yuan ($8,400) for buyers of zero- or low-emission vehicles, which are often matched by local authorities. The government says it wants five million “green” vehicles on the road by 2020 in the country of more than one billion people. Drivers of such cars can also avoid restrictions imposed on heavy smog days, when some cities limit vehicles according to their licence plate. They are also exempt from lotteries for plates several cities have set up in an attempt to cap on the total number of cars. Domestic firms have benefited, with Warren Buffett-backed Chinese firm BYD claiming to be the biggest electric vehicle maker in the world. China’s Geely, which owns Volvo, is another major player, and says it wants to shift 90 percent of its sales to hybrid and electric vehicles by 2020 with the government’s blessing.