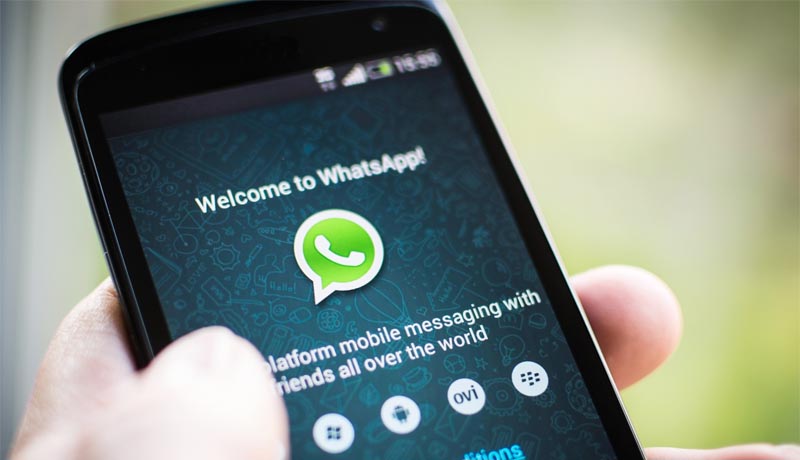 The popular WhatsApp smartphone messaging application came back to life Thursday in Brazil as a court threw out a two-day suspension that had infuriated millions of users.

Brazilians had woken up shocked and cranky because of the order issued Wednesday night by a judge.

That judge acted because the Facebook-owned service failed to disclose information requested by prosecutors as part of a criminal investigation. The free service is widely used in Brazil where cell phone tariffs for texting and calls are among the highest in the world. The app is installed in nine in 10 smartphones in the country. It was to have remain suspended until midnight Friday. But in the end, the cut-off lasted around 12 hours as a court in Sao Paulo overturned the judge’s order.“Because of constitutional principles, it is not reasonable that millions of users be affected,” the Sao Paolo court overseen by judge Xavier de Souza wrote.Authorities said they could not disclose details of the probe that triggered the original ban because it is an ongoing case. Many saw the complaint against WhatsApp as being driven by Brazil’s telecoms companies trying to preserve their high-margin cell phone rates from competition from the free app.But one television network, SPTV, said the judicial pressure on WhatsApp stemmed from an investigation into a gang that used it to commit bank and ATM robberies.

Brazilian service providers had received the judge’s order and had no choice but to comply, Eduardo Levy, chairman of Brazil’s association of cellphone service providers, told the G1 website Thursday morning while the suspension was still in effect. At least one of the four major providers has appealed the order, arguing the suspension affected millions of people out of the blue. “This hurts consumers, and overnight it affected millions of users. There was not even time to issue a statement to customers. They are going to think the problem is with their service provider,” Levy said. Like people just about everywhere, Brazilians are addicted to their cellphones and WhatsApp is the go-to way to send texts, video and photos. Twitter positively lit up with messages about the shutdown. One of the trending topics read #Nessas48HorasEuVou, which translates as “Over the next 48 hours I am going to…”

One user said they were going to binge-watch movies “before some judge has the bright idea of shutting down Netflix.“I am going to sit down and cry,” someone else wrote on Twitter. Before the service was restored Facebook chief Mark Zuckerberg said “we are working hard to get this block reversed.” “This is a sad day for Brazil,” he said, noting the country’s history of support for an open Internet. “I am stunned that our efforts to protect people’s data would result in such an extreme decision by a single judge to punish every person in Brazil who uses WhatsApp.” A Sao Paulo state court said WhatsApp had been asked several times to cooperate in the criminal investigation, but had repeatedly failed to comply, exposing it to a fine and the ban. Instant messaging service Telegram, backed by Russian entrepreneur Pavel Durov, said it had registered some 1.5 million new users in several hours due to the blockage. Another Brazilian writing on Twitter was more sanguine about life without WhatsApp for a couple of days. This person recalled living through the so-called Y2K problem, or Millennium bug, when there were fears of global chaos as computers designed in the 20th century began digesting the number 2000. “I survived the end of the world in 2000, and I went 12 years before signing up to WhatsApp. So don’t anyone think I am going to go mad now.” –AFP