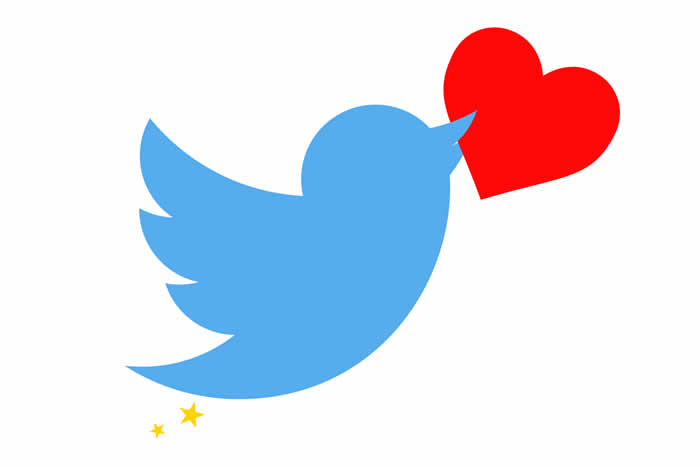 The messaging platform said the new system of “likes,” which is also used by Facebook, offers a better way for users to express their views.

“We want to make Twitter easier and more rewarding to use, and we know that at times the star could be confusing, especially to newcomers,” product manager Akarshan Kumar said in a blog post. “You might like a lot of things, but not everything can be your favorite.” Kumar said the heart “is a universal symbol that resonates across languages, cultures and time zones.” “The heart is more expressive, enabling you to convey a range of emotions and easily connect with people. And in our tests, we found that people loved it,” he added.

The heart symbol had already been used on Twitter’s Periscope livestream app, and it now will appear on Twitter and Vine, the app for short videos. “Starting today, you’ll see hearts on Twitter for iOS and Android, twitter.com, TweetDeck, Twitter for Windows 10, and on tweets across the Internet, as well as on the Vine Android app and website,” Kumar said. Twitter is struggling to boost its user base in the face of sluggish growth compared with that of other social networks. It recently brought co-founder Jack Dorsey back as its chief executive on a permanent basis.-AFP