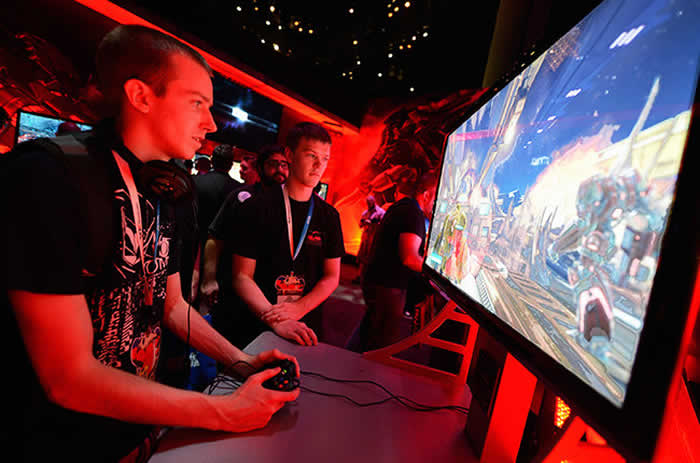 Two forums on online harassment in the gaming industry have been canceled by the South by Southwest festival in the wake of “threats” against them, organizers said. The interactive festival’s director Hugh Forrest made the announcement Monday to scrap the discussion panels at the March 2016 event in Austin, Texas.

The move comes a year after the “Gamergate” affair, which involved a spate of threats and harassment of those criticizing the way women are depicted in video games.

The discussion panels scheduled at the interactive technology event were “SavePoint: A Discussion on the Gaming Community” and “Level Up: Overcoming Harassment in Games.” Forrest said that SXSW organizers “had hoped that hosting these two discussions in March 2016 in Austin would lead to a valuable exchange of ideas on this very important topic.” But he noted that “in the seven days since announcing these two sessions, SXSW has received numerous threats of on-site violence related to this programming.” “SXSW prides itself on being a big tent and a marketplace of diverse people and diverse ideas,” he said in a statement.

“However, preserving the sanctity of the big tent at SXSW Interactive necessitates that we keep the dialogue civil and respectful.”  Following the move, the news website BuzzFeed said it was withdrawing from the festival unless SXSW reversed course. “Digital harassment — of activists of all political stripes, journalists, and women in those fields or participating in virtually any other form of digital speech — has emerged as an urgent challenge for the tech companies for whom your conference is an important forum,” BuzzFeed said in an open letter to SXSW.

“We will feel compelled to withdraw… if the conference can’t find a way to do what those other targets of harassment do every day — to carry on important conversations in the face of harassment.” Vox Media, which owns the news site The Verge, among others, also warned it may withdraw. “Vox Media will not be participating in this year’s festival unless its organizers take this issue seriously and take appropriate steps to correct,” it said in a statement. “We will work to find an alternative forum for this conversation and invite others who feel the same to join us.” After news of the cancellation, the Open Gaming Society, which aims to foster discussion on gaming issues, said it would organize its own forum.

“Though SXSW has cancelled the panel, we still plan to have a panel regardless,” the group said. “This has been a backup plan from square one and now we are forced to act on it. We will organize, fund, and host the panel ourselves. We plan to do so around the same time as SXSW to allow for the largest possible audience.” Last year, GamerGate rage turned against Anita Sarkeesian of website FeministFrequency.com, an open critic of how women are depicted in video games. Sarkeesian became the target of threats so violent that her appearance to speak at a university in the US state of Utah was canceled. –AFP