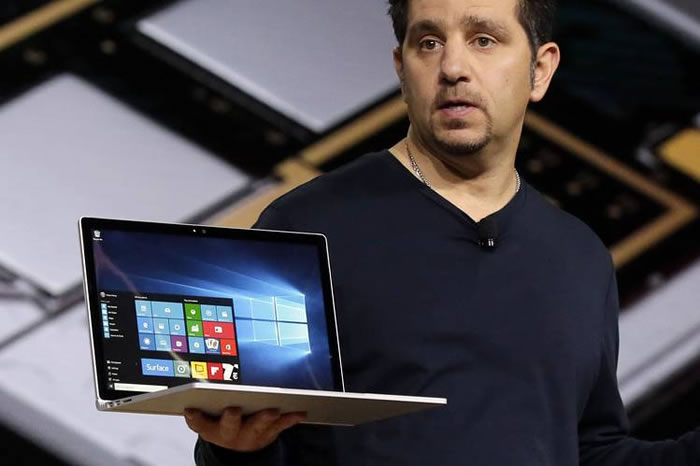 Microsoft unveiled its first Windows 10 smartphones Tuesday as it launched a series of new gadgets in a bid to win a bigger share of the competitive mobile market.

The technology giant s two premium Lumia smartphones take aim at popular devices offered by Apple and Samsung and add a few original features, such as a security tool that unlocks the phone by scanning a user s eye.

Microsoft also unveiled its first laptop, the Surface Book — which also runs the Windows 10 operating system — and whose 13.5-inch detachable screen can be used like a notepad with a matching stylus. The launch marks the latest step by chief executive Satya Nadella to build on the July release of Windows 10, which Microsoft said Tuesday was now running on 110 million devices around the world.

“We now begin a new chapter of Windows 10 with new devices built for Windows 10,” Nadella said at the New York launch event. “What matters most is the mobility of your experience more than the mobility of any specific device.” The latest smartphone pitch follows a bruising rethink of the technology following Microsoft s disastrous 2014 acquisition of Nokia for some $7.2 billion.

A third, more modest phone with fewer functions, the Lumia 550, will start at $139. The Lumia phones will be launched in November. Both phones can be connected by a small portable display dock accessory into a personal computer, a large screen or another display device. A keyboard or mouse can be connected, expanding the capacity of a smartphone to operate like a personal computer. “We want to bring Windows 10 to life in your pocket,” said Panos Panay, corporate vice president for Microsoft s Surface division.