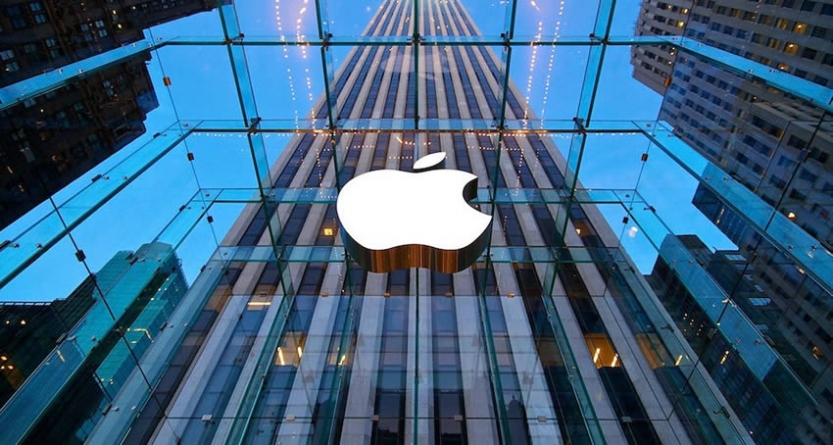 Has the “curse of the Dow” finally caught up with Apple? Shares of the iPhone maker have been in a rut since posting disappointing quarterly results in late June, falling to a six-month low of $113.25 on Tuesday.

The recent declines have wiped out nearly $100 billion of Apple’s market value – about as much as fellow Dow components Boeing and McDonald’s are worth in total.

For CEO Tim Cook, it means his stake of more than 111 million shares is now worth about $12.76 billion, compared with nearly $15 billion at the peak in late April. The dropoff represents a notable bout of weakness for a stock basically impervious to pain for the better part of two years. Strategists pinned the sell-off on the steady run in the shares, as the stock has gained more than 137 percent since hitting a low in April of 2013. In addition, more than 5,700 different funds already own the shares, according to Morningstar data. With Tuesday’s declines, the shares have dropped 13 percent over the last 11 trading days. “When you get a stock that is over-owned it’s difficult to find that incremental buyer,” said Art Hogan, chief market strategist at Wunderlich Securities in New York. “It’s having its own momentum meltdown.” The declines have left the company’s shares below their 200-day moving average, a measure of the long-term trend in the stock. Shares closed at $114.64 on Tuesday.

The last time it closed below the 200-day moving average, in November 2012, the stock was in the midst of a swoon that lasted several more months, finally bottoming out in June 2013. This week’s drop below the moving average exacerbated selling sentiment. “For a lot of technical traders that was a sell sign,” said Channing Smith, managing director at Capital Advisors Inc in Tulsa, Oklahoma. A Capital Advisors growth fund owns shares of Apple but reduced its holdings last year. “The Apple ecosystem has never been stronger but we are in a very mature cycle. We think Apple will be a good stock, not a great stock going forward,” Channing said.

Apple options were busy on Tuesday with about 2.13 million contracts traded, its third-most active day this year, as investors anticipate more volatility in the stock. Analysts at Bespoke Investment Group of Harrison, New York, note that generally, when Apple slips below its 200-day moving average, it tends to weaken a bit further, at least for a week, though returns down the road are generally stronger. Until recently, the company, which was added to the Dow Jones industrial average in mid-March, had escaped the index’s so-called curse.

Which causes companies’ shares to rally in the months leading up to their addition, but underperform in the months that follow. The disappointing fourth-quarter revenue forecast and iPhone sales that missed some targets, have hit its shares hard and it is now down 10 percent since the shares were added to the Dow. The pummeling the stock has taken reflects investors’ heightened expectations heading into earnings reports. It also points to the realization that the much-hyped Apple watch may not be as big a catalyst for the stock as some hope, though fretting over the newest Apple product is also common among investors. Investors and analysts will be hard-pressed to put their finger on factors that could move the needle at the massive company, Douglas Kass, president of hedge fund Seabreeze Partners Management Inc, said in a note. “At the very least, sales and profit comparisons will likely grow increasingly difficult for Apple, both absolutely and relative to analysts’ expectations,” said Kass, who had briefly shorted the stock as it fell, and covered that position, in addition to selling bearish put options he was holding, as the shares fell. – Reuters