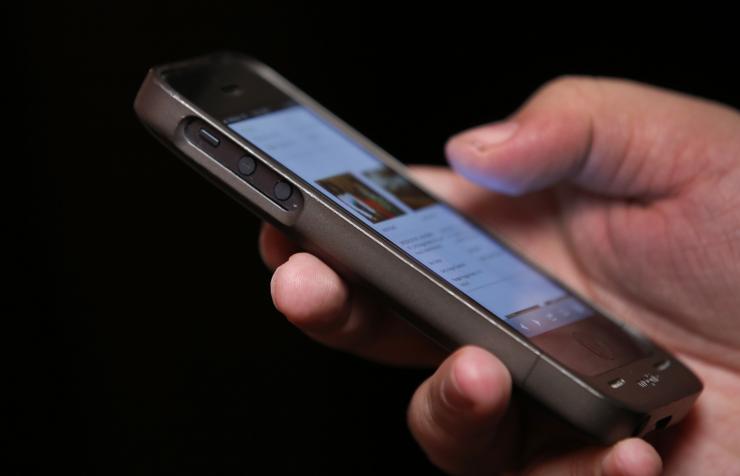 A surge in the use of smartphones as the leading device for accessing online news and the growing influence of social media could lead to an uncertain financial future for news organisations worldwide, a think tank said on Tuesday.

Many news outlets are struggling to profit from smartphone content as more people discover news through search engines and social media rather than the front page of a news website, said the Reuters Institute for the Study of Journalism (RISJ).

Online advertising revenues are falling as smartphone users, who spend half of the time on their devices reading news, become increasingly frustrated by advertisements and so-called sponsored content, the RISJ said in its annual Digital News Report. “Most people like news and use news, but they don’t want to pay for it, don’t want to see advertising around it, and don’t want to see it mixed up with sponsored content,” said RISJ Director of Research Rasmus Kleis Nielsen.

“This means sustainable business models remain elusive even for those who succeed in building an audience,” Nielsen said in a statement as the report was released. Only the most loyal smartphone users are using news apps, as others rely on social media, messaging apps, email and mobile notifications to read online news, the RISJ said. While more than two-thirds of smartphone users have downloaded news apps, only one-third use them on a weekly basis. Four in 10 smartphone customers use Facebook to find, read, watch, share and comment on the news each week – more than twice the usage of its nearest rival, Youtube, and almost four times that of Twitter, the RISJ said.

Newer networks such as WhatsApp, Instagram, and Snapchat also showed the growing importance of social platforms worldwide, the report said. Although most smartphone users praised social media for bringing them stories they would not have seen otherwise, they said they had reservations about the accuracy and reliability of news found in this manner, RISJ said. As smartphone users become increasingly dissatisfied with pop-up advertisements and banners, more than four in 10 in the United States and Britain regularly turn to ad-blocking software, the report found.

A third of smartphone users said they felt disappointed or deceived after reading an article they later found had been sponsored, while one in four people said it negatively affected their opinion of the news organisation, according to the RISJ. “Blurring the line between advertising and editorial could harm the credibility of news brands, with little lasting impact on advertisers,” said Shaun Austin, director of media research for the internet-based market research firm YouGov. The report found that people’s trust in news varied greatly across countries, as at least six in 10 people in Finland, Brazil and Germany said that they trusted the media, compared with only one-third in the United States, Spain and Italy. – Reuters