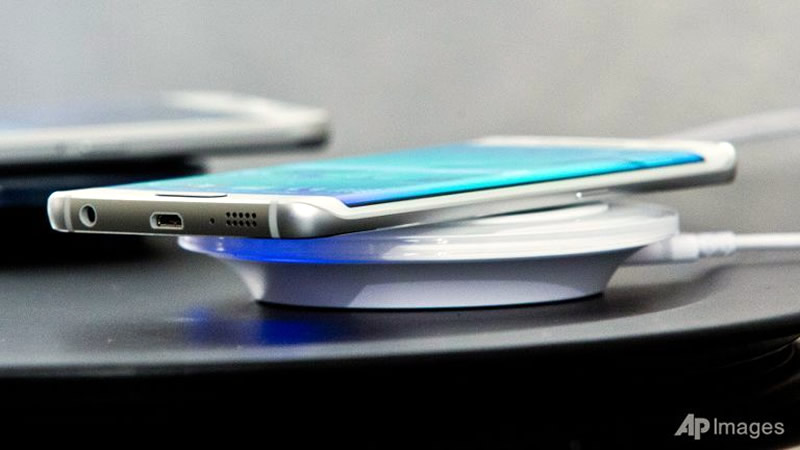 Got a phone charger you can lend me? No, I need the new type… Oh, forget it.” To ease the stress of a dying mobile phone battery and the hassle of bundling wires into your bag, designers are hoping to make 2015 the year of the wireless charger.

Companies at the Mobile World Congress, a top telecom fair which wrapped up Thursday in Barcelona, Spain, promised that soon you will just place your phone on a table or lamp stand for it to absorb electricity through a wireless surface. South Korean giant Samsung included wireless charging capability in its new flagship smartphone, the Galaxy S6, unveiled on March 1 in Barcelona. Swedish furniture-maker Ikea meanwhile announced a line of bedside tables, lamps and desks equipped with wirelesscharging spots to be launched in Europe and North America in the coming weeks.

“This is probably the year of the wireless charger,” said Kevin Curran, a senior member of the Institute of Electrical and Electronics Engineers, ahead of the mobile fair. A lot of the top-end phones now by default are coming with a wireless charger. You just have to put the phone onto a mat or onto a stand.” If a phone has a wireless charging receptor, just placing it over the charging pad on one of these items will transfer power to it. The piece of furniture itself is not wireless, drawing its power from the mains, but no wire is needed to plug into the phone.