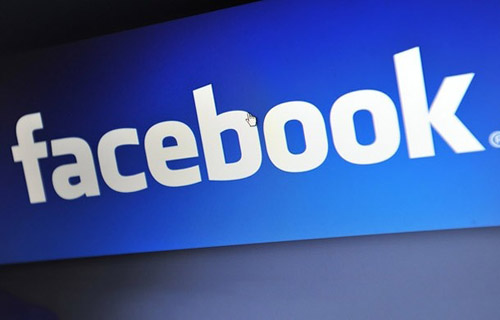 Facebook took the blame Thursday for a brief outage that resulted in a flood of comments — chiefly on rival social network Twitter. The problem began late Wednesday when “we ran into an issue while updating the configuration of one of our software systems,” a Facebook spokesman told AFP.

“Not long after we made the change, some people started to have trouble accessing Facebook. We quickly spotted and fixed the problem, and in less than 30 minutes Facebook was back to 100 percent for everyone,” the spokesman said in an email. “This doesn’t happen often, but when it does we make sure we learn from the experience so we can make Facebook that much more reliable.” For about half an hour starting at around 0800 GMT, users were greeted with the message “Sorry, something went wrong” when they tried to access their accounts.

That prompted Facebook users around the world to rush onto Twitter to vent their dismay — and trade jokes. Some posted under the hashtag Facebook down. “A moment of silence for all of those who had to interact face to face facebook down,” wrote the user Herbert, who tweets as top supstore. Other messages also had a mocking tone. “I imagine millions wandering in aimless post-apocalyptic shock desperately searching for friends and family Facebook down Facebook Back Up,” wrote Mark Little from the account littleness.

Australian Twitter user Jakeb Heyward wrote: “How did they find out Facebook crashed when no one could go on fb and post “OMG facebook just like.. Crashed!” ??” Some wondered aloud in jest how the world would keep turning if people were unable to post updates of their airport transit lounge, what they were eating for breakfast or amusing photos of their pets. “Probably be best for society these days if Facebook actually went down, too many people living their lives with phones in hand facebook down,” wrote Scott King from the account Scott King4.

Most users in the Americas slept through the outage, which the cloud-computing firm Cedexis said lasted from 07:56 GMT until 08:36 GMT in France. Access and traffic were also impacted in many other countries including Russia, Spain and England. Facebook is the world’s most popular social network and sees more than 1.2 billion active users each month. Though much of its traffic is driven by lighthearted posts between friends, it has become a vital tool for countless businesses and organizations and a key forum for communication in countries with repressive media.