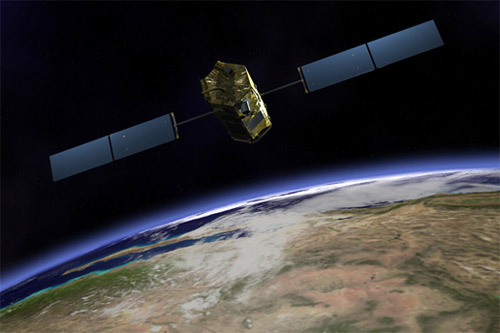 NASA is preparing a July 1 launch for its first satellite dedicated to measuring atmospheric levels of carbon dioxide, a greenhouse gas that plays a key role in climate change. CO2 levels have reached their highest point in at least 800,000 years, according to the US space agency.

The Orbiting Carbon Observatory-2 (OCO-2) satellite is very similar to its predecessor, OCO-1, which was destroyed during its launch in February 2009.The satellite will help provide a more complete and global picture of man-made and naturally occurring CO2 emissions as well as the effects of carbon “sinks,” like oceans and forests, which absorb and trap the gas. “Carbon dioxide in the atmosphere plays a critical role in our planet´s energy balance and is a key factor in understanding how our climate is changing,” said Michael Freilich, director of NASA´s Earth Science Division. “With the OCO-2 mission, NASA will be contributing an important new source of global observations to the scientific challenge of better understanding our Earth and its future,” he added in a statement.

The OCO-2 satellite will be launched on a United Launch Alliance Delta II rocket from Vandenberg Air Force Base in California, aiming for an orbit at 438 miles (705 kilometers) above the Earth´s surface. NASA envisions it becoming the lead satellite for a six-strong fleet that will circle the Earth every 99 minutes, allowing nearly simultaneous observations across the globe.OCO-2, designed to operate for at least two years, will take measurements of carbon emissions and carbon sinks around the world to help scientists analyze how they change over time. In April, monthly concentrations of carbon dioxide in the atmosphere surpassed 400 particles per million in the northern hemisphere, which NASA said was the highest level in at least the past 800,000 years.

Human activities — including the burning of fossil fuels like oil, natural gas and coal — are blamed for emitting nearly 40 billion tonnes of CO2 in the atmosphere each year, leading to an unprecedented accumulation of the greenhouse gas. Climate scientists have concluded that the increase of CO2 emissions from human activities, especially from fossil fuels and deforestation, have upset the planet´s natural carbon cycle, prompting rising temperatures and planet-wide climate change. Currently, less than half of the CO2 emitted by human activities remains in the atmosphere, scientists say, Measurements of CO2 levels taken by the new satellite will be combined with data obtained by land-based observatories, airplanes and other satellites. -thenews

World Cup 2014 to be Most hi-tech Football Event Ever

World Cup 2014 to be Most hi-tech Football Event Ever