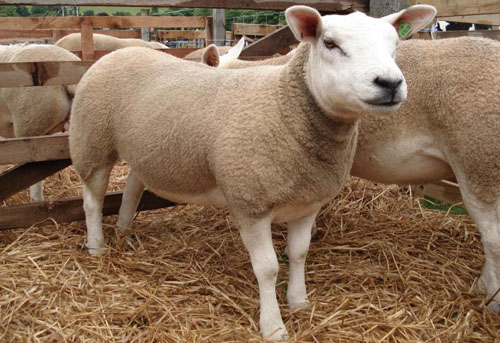 Scientists have mapped the entire genome of sheep, paving the way to improve the health of the humble farm animal for better meat and wool. After eight years of work on the entire genetic makeup of the species, the researchers also found the secrets of the sheep´s digestive system and unique fat metabolism process that allows it to produce and maintain its thick coat.

Sheep became a species distinct from goats and other ruminants about four million years ago, with a four-compart mented stomach that can convert rich plant materials into animal protein, according to the study. That digestive feature allows sheep to easily feed on a diet of low-quality grass and other plants. The study published in the journal Science was the culmination of a project involving 26 institutions from eight countries that is part of the International Sheep Genomics Consortium.

Researchers hope their findings will help develop DNA tests to improve stock through accelerated breeding selection programs, and to further research to mitigate diseases affecting the animals. “Given the importance of wool production, we focused on which genes were likely to be involved in producing wool,” said Brian Dalrymple, project leader at Australia´s national science agency the Commonwealth Scientific and Industrial Research Organization. “We identified a new pathway for the metabolism of lipid in sheep skin, which may play a role in both the development of wool and in the efficient production of wool grease (lanolin).”

There are about a billion sheep around the world — including around 70 million in Australia alone. So the researchers predicted their work could have a “massive impact” for the rural economy due to the sheep service as a significant source of meat, milk and wool products. Researchers from Australia, Britain, China, France, Denmark and New Zealand participated in the study.