Electric Car’s biggest Threat may be its Battery 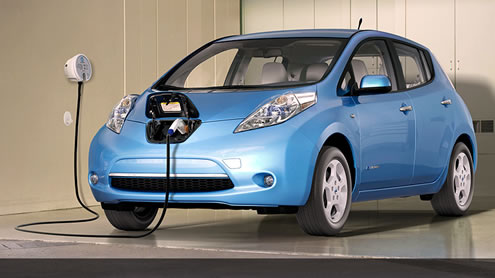 Visit a super-wealthy enclave in California like La Jolla or a super-techy one like Mountain View, and you will get a glimpse of the future.

The car future, that is. Every second car on the road is a Tesla, Nissan Leaf, Toyota Prius, or similar. The electric and hybrid vehicles interweave perfectly with the regular traffic, and many businesses, shopping centres, and homes have charging points installed.

If the electric car-makers have their way, this is the future that we will all experience at some point, and they are pouring a lot of money into making it happen. The question is how easy is it to scale up the demands of small enclaves to an entire country?

Elsewhere in California Elon Musk’s Tesla Motors recently proposed plans for an enormous battery factory at an as-yet-undisclosed south western United States location (which is the subject of much fevered discussion). This so-called “Gigafactory” is set to cost $5 billion, and slated to produce lithium-ion batteries for 500,000 cars by 2020 – which is more produced annually than were produced worldwide in 2013.

But will Tesla’s plan seem out of date by the time the factory starts up? Some think so. Phil Gott, the senior planning director at IHS Automotive, believes Tesla’s ambitious plan is “probably premature”. New technologies are being developed that could offer better alternatives to address what experts say is one of the biggest limiting factors for electric vehicles. 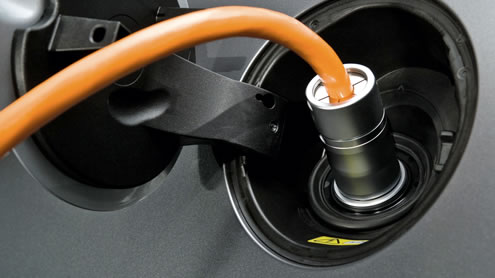 The problem these cars face is that batteries are big and heavy, and as a consequence only a limited number can be installed. The Tesla Model S for example, has a battery pack approximately two metres long by 1.2 metres wide, which is installed flat along the floor of the car. In the top-spec car, that gives a range of about 300 miles (482km) before plugging in and recharging is required. The Nissan Leaf achieves more like 80 miles (128km). On top of that, charging is a much slower process than just filling up with petrol.

How can you make a better battery, then? At its most basic a battery contains a positive and negative electrode, a separator and an electrolyte. Many different types of materials can be used as electrodes, the different combinations of materials allowing different amounts of energy to be stored. However battery life and the safety characteristics change as the materials change, so a compromise is always necessary. Lithium-ion batteries are popular, but have been implicated in fires on board planes, and their transport is restricted . Anything more reactive or unstable could be a hazard. Get the combination right, though, and the payoff could be huge.

The latest efforts follow a long line of improvements over the decades. First we had lead-acid batteries, the type that is still commonly used in cars; they are huge. Then, you might remember NiCad (nickel-cadmium) batteries – they were the rechargeable batteries that heralded a new era of portable technology – laptops, phones, and the like, as well as the remote control cars of our childhoods. Then came NiMH (nickel metal hydride) batteries, with about twice the capacity, or energy density. Now modern devices and electric cars are powered by lithium ion, or Li-ion, batteries. 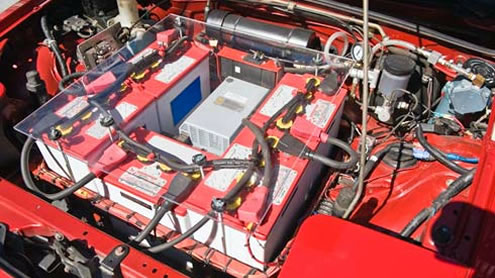 Going forward, get ready for battery technology to have increasingly complicated names; LiNiMnCo (lithium–nickel-manganese-cobalt-oxides) for example. These materials have complex properties, and work is now going on to figure out not only why these materials work, but also exactly how they work – the basic physics of the electrons moving around the materials.

“There are materials we are working on at Argonne which can double the current energy density available for batteries,” says Daniel Abraham, a material scientist at Argonne National Laboratory, outside Chicago in the US. “We dream up or imagine the types of materials we would like to work with, then we attempt to synthesize the materials in the laboratory.”

Currently the batteries getting all the buzz are lithium-air, or more properly lithium-oxygen, as well as lithium-sulphur batteries. Li-oxygen batteries, if they can be made to work, under all conditions, will be an order of magnitude improvement over the current Li-ion batteries. “It’s a very hot field at this time” says Abraham.

Indeed Volkswagen has recently hinted that it is investigating lithium-air batteries. The precise chemical/ material combination that they are using has not been revealed as development work continues. The company’s engineers will not even say if the technology has been tested in a car, or if it is still at the ‘lab bench’ stage.

But although the technology has revolutionary potential, the technical challenges of making a Li-air battery work consistently, reliably, and safely – and crucially for extended durations – are large. So far the electrodes have proven unstable.

Labs around the world are working on the problem though, trying to overcome the drawbacks. The hope is that greater emphasis on these “beyond lithium-ion” technologies, will ensure faster progress in their development, and in the long-run faster cars that travel farther. – bbc