Defending champions Novak Djokovic and Serena Williams stormed into the Australian Open third round on Wednesday as tennis authorities came under fire over their efforts to fight match-fixing. Djokovic had a third-set tussle with French teenager Quentin Halys before winning their night match 6-1, 6-2, 7-6 (7/3), joining Williams and Roger Federer in the next stage.

As a match-fixing controversy continued to reverberate at Melbourne Park, Williams swatted Hsieh Su-Wei 6-1, 6-2 to reach the third round as she seeks a record-equalling 22nd major title. 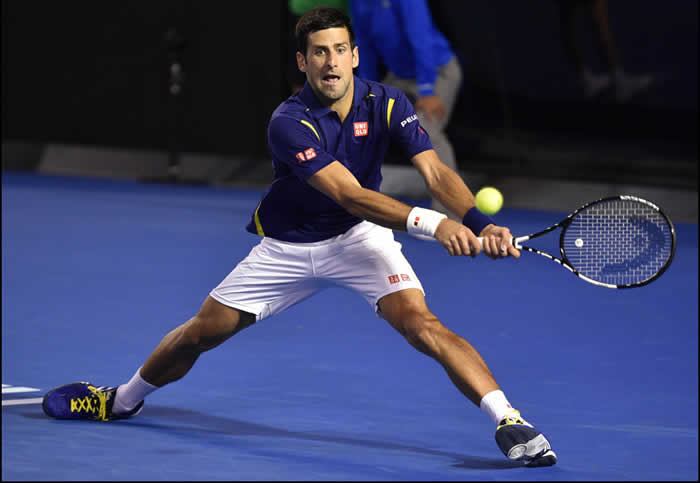 Williams eased lingering concerns over the state of her injured knee as she obliterated the Taiwanese, even pulling off possibly her first ever round-the-net shot for good measure. “It’s always cool to do something fresh and new. I don’t know if I have done that,” said the American world number one, who showed no signs discomfort from her knee.  “I moved much better, so slowly but surely feeling a little bit better,” she added. Federer, who is trying to extend his record number of Grand Slam crowns to 18, then dismantled his 35th-ranked practice partner Alexandr Dolgopolov 6-3, 7-5, 6-1.

The all-time Grand Slam king came unstuck in the third round last year, when he was shocked by Andreas Seppi, and he is wary of another upset with Grigor “Baby Fed” Dimitrov up next. “It’s the least I expect to be in the third round of a Slam, obviously, so I’m pumped up, playing well, feeling good,” Federer said. 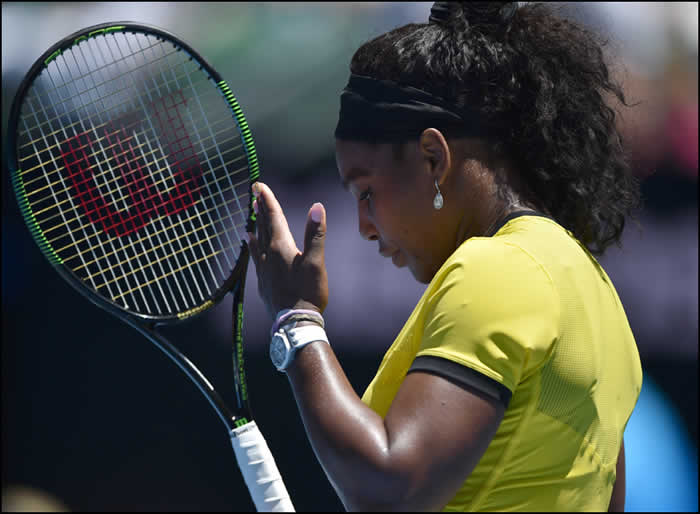 “But there’s always a danger, you know. Like last year the third round was the end for me, so I hope to go further this time.” Later Djokovic was no match for Halys, 19, who had a net cord to thank as he broke the Serb in the third set, which went to a tie-break.  Separately a senior anti-corruption official told AFP that match-fixing was commonplace in tennis’s lower levels and criticised the “opaque and secretive” Tennis Integrity Unit, which is tasked with finding cheats. Chris Eaton, director of integrity at the International Centre for Sport Security in Doha, was speaking after a report claimed several players suspected of being serial match-fixers had never been punished.

“Integrity is by definition open and transparent. The TIU is neither… by operating in the shadows they fail to practice what they preach,” he said, calling for a “new independent and integrated integrity model”. The controversy is just the latest to hit the tainted sports world after claims of a doping cover-up shook athletics and multiple scandals engulfed football’s governing body, FIFA. Petra Kvitova became the latest women’s top-10 player to fall, joining Simona Halep and Venus Williams on the sidelines when she was shocked 6-4, 6-4 by Australian giant-killer Daria Gavrilova.