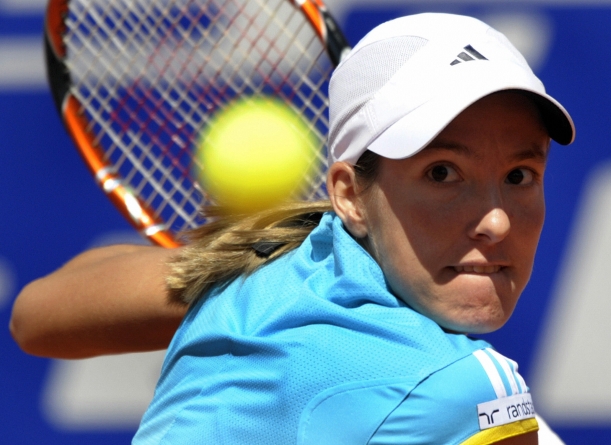 There’s a lot to like about the French Open. The two-week tournament is also known as Roland Garros – a name it inherited from the important French aviator and World War I fighter pilot. Known as one of the tennis world’s most physically challenging tournaments due to the clay playing surface, the French Open has attracted a lot of attention – and a lot of famous champions – over its 124 year history. From current champions to historical winners, the French Open has been conquered by a select few tennis players. In this post, we’ll look at several of the greatest French Open champions, as well as several well-known players that never quite won. Australian tennis player Margaret Court dominated the world of women’s tennis in the 1960s and 70s. Her five wins at the French Open made her one of the most well known champions to have performed well at the tournament. Court won the French Open in 1962, 64, 69, 70 and 73. Her impressive record at the French Open is just a footnote in her career, which includes 24 Grand Slam singles victories and an astounding 40 Grand Slam doubles wins. Rafael Nadal knows exactly how to play on a clay court – a fact that’s supported by his excellent record at the French Open. Nadal has won the French Open an amazing nine times over the last ten years, dominating the men’s singles tournament. Nadal’s victories took place in 2005, 2006, 2007, 2008, 2010, 2011, 2012, 2013 and most recently in 2014. His only failure, which occurred in 2009, took place when the Swiss superstar Roger Federer beat Robin Söderling in the men’s singles final. Chris Evert won an incredible 18 Grand Slam singles champions during her career, making her one of the most well-known and successful tennis players of the 1970s and 1980s. From 1974 until 1986, Evert achieved an impressive seven victories at the French Open, winning the tournament in 1974, 75, 76, 79, 80 83, 85 and 86. Her record for French Open victories stood until June 2013, when it was broken by Rafael Nadal. Steffi Graf was one of the most well-known names in women’s tennis throughout the late 1980s and 1990s. The former world No. 1 achieved six French Open wins, with victories in 1987, 88, 93, 95, 96 and 1999 respectively. Like Margaret Court, who achieved a great deal outside the French Open, Steffi Graf had an incredibly impressive record on a variety of surfaces. In addition to her wins at the French Open, she won Wimbledon seven times during her tennis career.

Before his surprisingly early retirement in 1983, Björn Borg was one of the men’s tennis world’s most impressive players. From 1974 to 1983, he achieved 11 Grand Slam Victories and played a huge role in increasing the popularity of tennis. Borg achieved six French Open wins, walking away victorious in 1974, 75, 78, 79, 80 and 81. In 1974, he became the youngest player to win the tournament, winning the championship just a few weeks after his 18th birthday. After making her name as a record breaking teenager, Serbia’s Monica Seles is one of the French Open’s most remarkable female champions after winning the Grand Slam on three consecutive occasions (1990,91,92) before the age of 20. As well as her treble of triumphs, Seles came runner-up to the Spaniard Arantxa Sánchez Vicario in 1998, eight years after winning the tournament as an up-and-coming 16 year old. A player that thrived on clay, Brazil’s Gustavo Kuerten is remembered most for his French Open successes. A three time winner of the tournament, Kuerten rose to prominence in 1997 after clinching his first French Open title, his first trophy on the ATP Tour. He then went on to win the trophy in 2000 and 2001, but what was most surprising about these successes was the fact that Kuerten was unable to find glory in the other three Grand Slams, only being able to reach the quarter finals in both the US Open and the Wimbledon Championships. Regarded by many as one of the Czech Republic’s greatest sportswomen, 18 time Grand Slam winner Martina Navratilova had two successes (1982,84) at the French Open during her decorated career which spanned over 30 years. However, Navratilova’s triumphs at Roland Garros were overshadowed by the despairs. There was room for many more French Open titles, but Navratilova was unfortunate enough to lose three tight-knit finals against the American Chris Evert and another against German teenager Steffi Graf. A player that truly dominated during the 1980’s, the Czech Republic’s Ivan Lendl won nine of his ten grand slam trophies during this decade including three French Open triumphs (1984, 86 & 87). In recent times we have seen Lendl in a coaching capacity, working with Scotland’s Andy Murray for two years (2012-2014) and leading him to victories in both the US Open and Wimbledon, helping Murray overcome his Grand Slam hoodoo. Lendl played in five French Open finals during his career and had the opportunity to have made it 4 consecutive Roland Garros wins, but was defeated in convincing fashion by Sweden’s Mats Wilander in the 1985 final. Not many players can say that they’ve won every major Grand Slam by the age of 25 but Belgium’s Justine Henin is an exception. Never mind winning everything by the age of 25, Henin’s successes gifted her the luxury of an early retirement. The French Open was where Henin won four of her nine Grand Slam titles, showing her rivals that she was equipped and skilled enough to perform on courts of all surfaces. In fact, three of her victories at Roland Garros came in consecutive years (2005, 06, 07) with her other success coming in 2003.