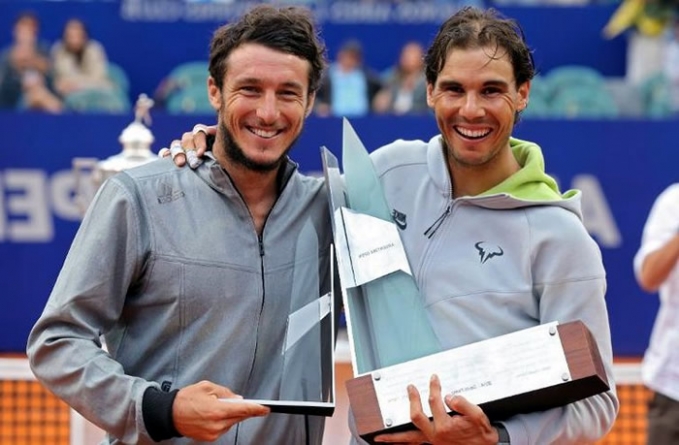 It was Nadal’s 65th career crown on all surfaces, moving him into sole possession of fifth place on the Open Era all-time list led by the 109 titles of American Jimmy Connors. He broke out of a tie for fifth with Bjorn Borg and Pete Sampras. “They have an impressive history,” Nadal said of Sampras and Borg. “That’s why it is an honor to be compared to them.” He claimed his 46th career claycourt title, second-most in the Open Era behind the 49 of Argentina’s Guillermo Vilas. Most importantly, the victory showed Nadal is headed in the right direction. The Spaniard, who battled injury last year after his Roland Garros triumph, exited early in Qatar and fell in the quarter-finals at the Australian Open in January. He had fallen to fourth in the world after a semi-final loss to Italian Fabio Fognini in Rio de Janeiro last week, the first time he hasn’t figured in the top three since August 2013.

With this win, he’s projected to return to third in the world, again overtaking Britain’s Andy Murray. I’m coming off a season that has not been easy — injuries, accidents,” said Nadal, who had to cope with wrist trouble and an appendectomy in 2014. “The beginning of this year has been a bit tricky after some time out, but little by little we have found positive feelings.” The 28-year-old left-hander needed one hour and 26 minutes on court to notch his sixth victory over Monaco in as many meetings on clay. But the players had to wait out a two-hour rain delay before the match, and another 55-minute delay after both held serve for 1-1 in the opening set on the still slippery court. “It was a tough day in the rain because no one knew what was going to happen,” Nadal said. “I am very thrilled to win here. From the first day I trained my best to achieve this goal. I’m very happy. I leave here with an unforgettable feeling and memory.”


After securing a tight first set with a break of serve in the seventh game, Nadal stormed through the second. He broke Monaco twice en route to a 4-0 lead, then broke him again in the final game, clinching the win on his first match point when Monaco sent a forehand long. Nadal, playing in the Argentinian capital for the first time in a decade, didn’t face a break point in the contest before a packed crowd that included Vilas and David Nalbandian, the last Argentinian player to win the Buenos Aires title. “All titles are special, but I’m really happy because I have not been a champion for a long time,” Nadal said. – AFP
Twitter Facebook Google + Linkedin Comments