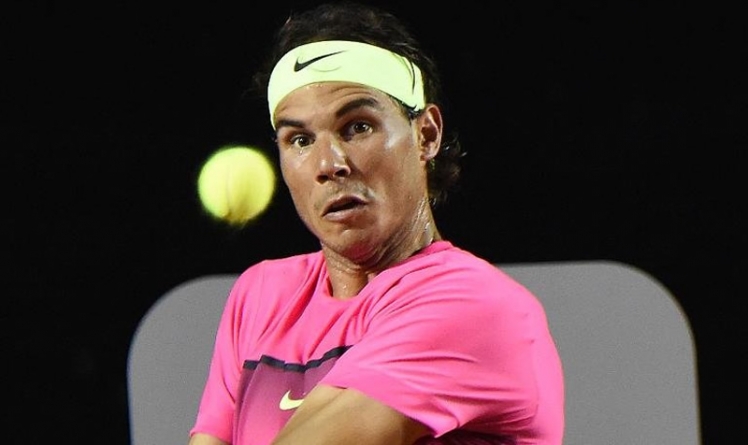 Top seed Nadal, determined to kick-start his season on clay as he targets a 10th French Open crown at Roland Garros, on Thursday won 7-5, 6-3 against 55th-ranked Carreno to advance to a Friday meeting with Uruguayan Pablo Cuevas, ranked 23. Cuevas saw off Spaniard Albert Montanes 6-2, 6-2. Fourteen-time Grand Slam champion Nadal missed three set points in the opener and had to dig deep as his rival fought tigerishly to keep pace with his decorated rival, who is bidding to retain the title he won in Rio 12 months ago. “It was pretty humid and he is a tough young cookie. I am very happy to be through to the quarters,” said Nadal, 28. “It was a tough match. I was glad to get the break back when he got to 3-2. At 5-4 I made a couple of mistakes. Then in the second set I was a bit tired from the first to begin with and sought to bring my serve through. “At 3-2 I tried to get the break and it didn t come off but the next one did. For me every win is important — and especially on clay.” In the host city for next year s Olympics, 2008 Beijing Olympic gold medal winner Nadal improved his record to 16-0 on Brazilian soil, having won titles at Costa do Sauipe in 2005, Sao Paulo in 2013 and Rio last year.

The left-hander has made a tentative start to this year after a slew of injury problems last season. He lost in the first round in Doha and then at the Australian Open made a surprise exit against Tomas Berdych. Carreno has trained with Nadal in Mallorca and the 23-year-old had clearly learned something along the way as he produced a gutsy showing in hot conditions at the Jockey Club in downtown Rio, where total prize money of $1.5 million is on offer. Argentine Federico Delbonis saw off eighth seed Martin Klizan in straight sets to book a contest with Italian Fabio Fognini, seeded four, after the latter eased past Spaniard Pablo Andujar 6-3, 6-2. Brazilian fans cheered a success in the women s event when Beatriz Haddad Maia emphatically ousted Slovenian seventh seed Polona Hercog 6-1, 6-2 to reach the quarters. Top seeded Sara Errani of Italy also reached the quarters, beating Spaniard Lourdes Dominguez 6-0, 7-5. She faces Maia next.