by Top
in Featured, Tennis
0 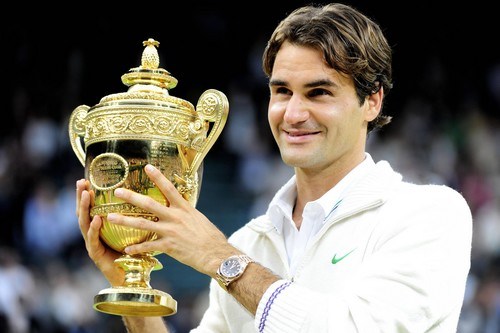 Tennis has been one of the highly watched, lucrative and entertaining sports with global attractiveness. When you think of tennis, which player comes to mind? Roger Federer?

Rafael Nadal? Maria Sharapova? Andrew Murray? Andre Agassi? Or Williams sisters? They all provided us with some of the most momentous games in tennis history. Has their outstanding performance on court makes them the richest tennis players of all time? Let’s check!

These are the top 10 richest tennis players in the world today!

Li Na is a Chinese professional tennis player who has a net worth of $40 million dollars. Li Na was born in Wuhan, Hubei, China, and began playing badminton as a child. She hold the 10th place in list, but in 2013, Li Na was one of the highest paid athletes on the planet, earning $18 million in salary and endorsements.

This hottest, stylish and sexy Russian American retired professional tennis player, stands 9th on the World’s Richest Tennis Players list. She has a net worth of $50 million. Her appearance and celebrity status made her one of the best known tennis stars worldwide, despite her never winning a WTA singles title. Anna Kournikova reached the peak in her career playing doubles, where she had at times been the World No. 1 player. Along with her partner Martina Hingis, Kournikova won Grand Slam titles in Australia in 1999 and 2002. They often referred to themselves as the “Spice Girls of Tennis”.

Serbian professional tennis player who has a net worth of $60 million. Novak Djokovic was born May 22, 1987 in Belgrade, Yugoslavia. Since turning pro in 2003, Novak has won more than $50 million in tournament prize money. Djokovic has reached the finals of nine of the last dozen Grand Slam tournaments, including five victories. He won a record $12.6 million in prize money in 2011 and topped the figure in 2012 with $12.8 million.

With an estimated net worth of $60 million dollars, Venus Williams stands 7th on the World’s Richest Tennis Players list. Venus Williams, was born in California, and is a professional tennis player, who has been ranked number one in the world three times and is the first African-American to be ranked number one in the era of open tennis. She is the 2nd highest earning female athlete behind her sister, Serena and has won two Gold Medals in the Olympics.

Rafael Nadal is a Spanish professional, stylish player who has a net worth of $80 million. Rafael Nadal was born June 3, 1986 in Manacor, Balearic Islands, Spain. As of August 2013, Rafael Nadal has earned $56 million in tournament prize money. He has been ranked #1 in the world at times, and is considered by many to be one of the greatest tennis players of all time. A knee injury knocked Rafa out of action for seven months in 2012, but he returned in 2013 to lead the men’s tour in prize money with $6.8 million. He left IMG in December to start his own management company with his father and manager. Major sponsors include Nike, Babolat, Kia Motors and Bacardi.

Russian pro-tennis player who has a net worth of $90 million dollars. Maria Sharapova was born April 19, 1987 in Nyagan, Russia. Sharapova is a 3-time Grand Slam Singles Champion and one of the highest paid female athletes of all time. Sharapova completed the career Grand Slam when she won the 2012 French Open. The win triggered lucrative bonuses with sponsors Nike and Head. She launched her own candy line, Sugarpova, last year and plans to sell accessories under the brand starting this fall. Sharapova is world’s most stylish athlete and fifth on the World’s Richest Tennis Players.

Serena Williams is a world champion professional tennis player. With an estimated net worth of $100 million dollars, she stands fourth on the World’s Richest Tennis Players list. Serena Williams and sister Venus Williams were steered towards tennis at a very early age. Both girls were home schooled to maximize the amount of time available for practice. Serena Williams has been ranked number one in the world six times and has earned more prize money than any other female player. She has racked up 15 tournament victories since the start of 2011. Her $47 million in career prize money is 65% more than second ranked Venus Williams. Nike, Wilson, Gatorade and OPI have endorsement deals with Williams and she holds equity deals with HSN, Sleep Sheets, Mission and the Miami Dolphins.

Pete Sampras is one of the greatest tennis players of all time. He has won a record 14 Grand Slams during his career. He was the number one ranked player in the world for six successive years & no one has managed to break this feat till now. He stands third on the World’s Richest Tennis Players list with an estimated net worth of $150 million dollars. He retired in 2002 after beating Andre Agassi in the final of the US Open.

Andre Agassi is an American retired professional tennis player and former World No. 1. He stands second on the World’s Richest Tennis Players list, with a net worth of $175 million dollars. He was ranked number one in the world and is one of only two male tennis players to have one a Career Golden Slam. He is the founder of the Andre Agassi Charitable Foundation, which works with at-risk children in Nevada and also funds a K-12 charter school.

Roger Federer is a Swiss born professional tennis player who has a net worth $180 million and total ATP career earnings of $77.7 million (as of August 25th 2013). Roger Federer cleaned up with an exhibition tour of South America in December that netted him $14 million for six matches. The 32-year-old Swiss native boasts ten endorsement partners including Nike, Rolex, Wilson, Moet & Chandon and Credit Suisse. His career prize money is a record $78 million. -wonderslist