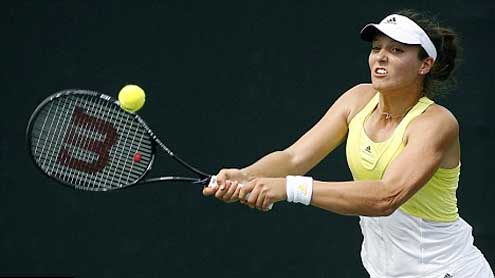 Laura Robson became the British women’s No 1 tennis player after seeing off Spain’s Estrella Cabeza Candela 6-2, 6-2 in her first-round match in Charleston.

Robson, seeded 16th for this green-clay event, was never seriously challenged by her Spanish opponent in a victory which will move her above Heather Watson when the new rankings are released on Monday.The 19-year-old was successful with five of 11 break point chances against the world number 108 and now faces Canadian qualifier Eugenie Bouchard in the next round.Robson is coming off the back of a strong showing at the Sony Open in Miami, where she reached the final of the women’s doubles alongside America’s Lisa Raymond. – DailyMail