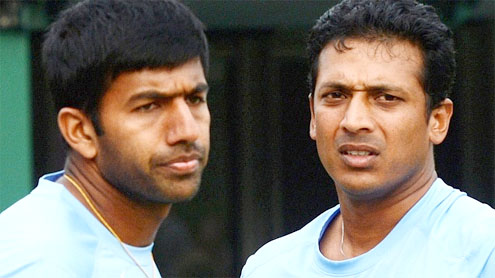 The trio figured in an ugly row ahead of the Olympics that forced the All India Tennis Association (AITA) to change their original decision to field Paes and Bhupathi as a pair. Paes eventually partnered rookie Vishnu Vardhan while India had a second pair in Bhupathi and Bopanna but none returned with a medal from London. “It is … decided not to consider Mahesh Bhupathi and Rohan Bopanna for selection to play for India until June 30, 2014,” AITA Secretary Bharat Oza said in a statement late on Saturday.

After regular pair Bhupathi-Bopanna refused to be separated for the London Games, the AITA decided to pair Paes with Vardhan and indicated action would be taken against Bhupathi and Bopanna. The AITA has decided to retain the current Davis Cup squad, which does not include Paes, for next year’s Asia/Oceania group matches. – Dailytimes