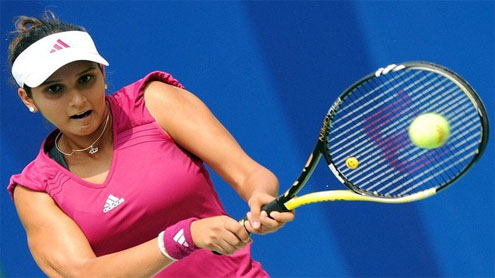 NEW YORK: Indian golden girl Sania Mirza insisted on Wednesday that she and Mahesh Bhupathi remained firm friends despite their decision to split as a mixed doubles team.

The duo, who have won two Grand Slam titles together, have gone their separate ways at the US Open following the bitter build-up and fall-out from the Olympic Games. “We are still good friends,” Mirza told AFP. “We have a great relationship and we are not going to spoil that over mixed doubles. “Everything is fine. We even went to the movies this week to see a couple of films.

” Mirza’s new partnership with Britain’s Colin Fleming began on a winning note with a 6-2, 7-6 (7/5) win over Germany’s Andrea Petkovic and Eric Butorac of the United States on Wednesday. But Mirza was adamant that there was no reason to believe that she and Bhupathi might not link up again as a team in the future. “Our commitment was only up until the Olympics and we both agreed it was best to have a break,” she added. Bhupathi will team up with Andrea Hlavackova of the Czech Republic in New York.