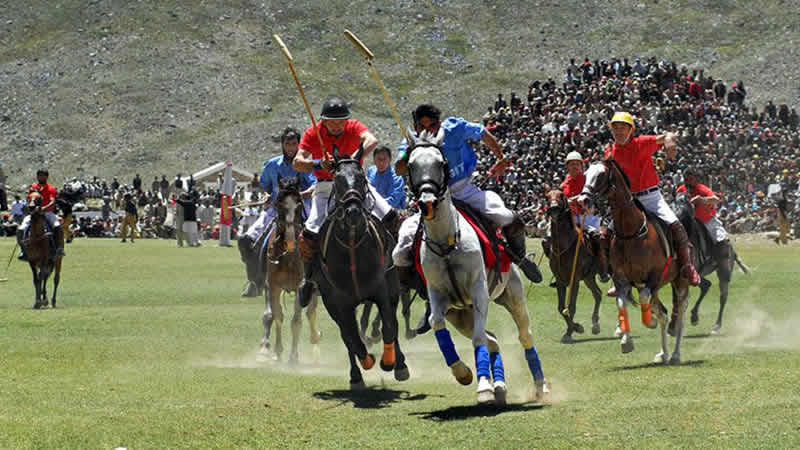 Tourism Corporation Khyber Pakhtunkhwa (TCKP) has forwarded a summary to Chief Minister Pervez Khattak to get his nod for holding three-day annual mega Shandur Polo Festival from July 21 to 23.

Speaking on the occasion, Abdul Muneem Khan said that Shandur Polo Festival would be organised in a befitting manner to attract domestic and foreign tourists to the scenic region. He directed concerned departments to take steps for the renovation of polo ground, water supply, transport, holding meetings with stakeholders and provision of other facilities to participating teams, fans and tourists.

Abdul Muneem said that the festival would provide an opportunity of thrill and enjoyment to tourists, spectators and fans of polo game. The special assistant said that Gilgit-Baltistan and Chitral teams would participate in mega annual event. He said the event would also send a positive message to the outer world that peace and tranquility had been restored in the region.

“This year the festival would be unique as the local artisans and skilled entrepreneurs would be provided opportunity to showcase their products, he added. He said rafting in the Shandur lake, paragliding, archery and kite flying would be part of the event to attract domestic and foreign tourists. Camping village, stalls would also be established to highlight and promote artworks of Chitral and Gilgit local artists and skilled people.

Android Users Can Now Back Up Their Computer Files

Android Users Can Now Back Up Their Computer Files