No Result
View All Result
Home Sports Other Sports Snooker

by Top
in Snooker
0 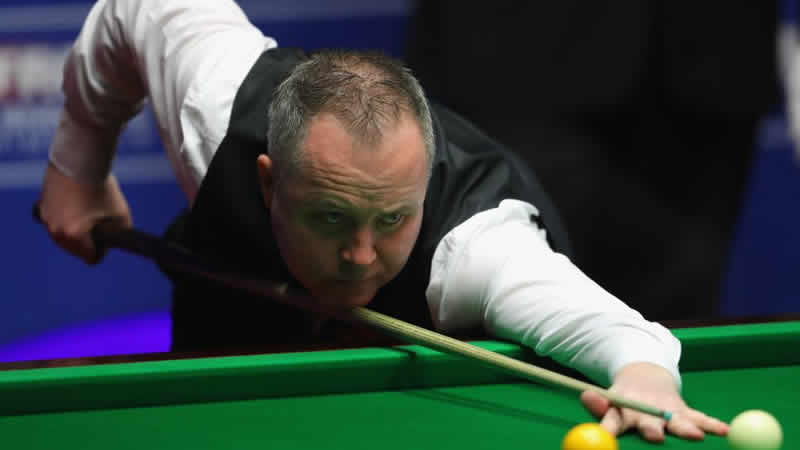 Beaten finalist John Higgins insists he has not squandered his last chance to win a fifth World Championship.

The Scot, who turns 42 this month, lost a gripping showpiece 18-15 to world number one Mark Selby on Monday.

But almost two decades since his first world title in 1998, Higgins is adamant he will have m ore opportunities to taste victory at the Crucible Theatre. I still think I can come back here and do well; I wouldn’t write myself off yet,” he said. I think I acquitted myself well in this tournament,” added Higgins. “I really enjoyed it, the way I played, the way I was thinking, the way I kept myself under control even at the end there, I felt under control but a couple of little positional shots went awry and he just punished me.

I’m delighted to have got to the final, it’s just a pity I couldn’t go one better, but I’m proud of myself.” Higgins had led the final 10-4, but lost nine of the following 10 frames to trail 13-11 – a deficit he would never overturn. I missed the chance, I missed the boat in frame 12, the pink into the middle bag to go 9-3 in front,” he asserted. “That was the big, big ball and I missed it. From then on, although I got to 10-4, I missed a couple and Mark did great to get to 10-7. He was really strong in the final session and plays such a tough game. You’re off the table for so long, and when you get back on, you’re out of your rhythm and he just keeps on punishing you.

Every credit to him, he’s a fantastic champion. Selby is eight years Higgins’ junior, and clinched the championship for the third time in four years. Higgins expects the Englishman to dominate world snooker “for the foreseeable future”, and believes he is the foremost threat to Stephen Hendry’s record haul of seven world titles. Without a shadow of a doubt, I think he’ll add to [his three titles],” Higgins added. “Whether it’s one, two, three, or four, he looks as if he’ll be the challenger to Hendry’s seven.

I really believe that, because he really is granite, and he’s really tough to play against. When you look at the likes of Ronnie O’Sullivan, hitting his 40s, myself in my 40s, we’re still good players but maybe age is catching up a bit. It’s maybe up to the likes of Neil Robertson, Judd Trump and Ding Junhui to really challenge him. They’ll be watching him go onto three, and some of them have not won one. That’ll probably make them desperate to get back on the practice table and try to challenge him.”

7-Nation Snooker: Thepchaiya to clash with Ayouri for title today