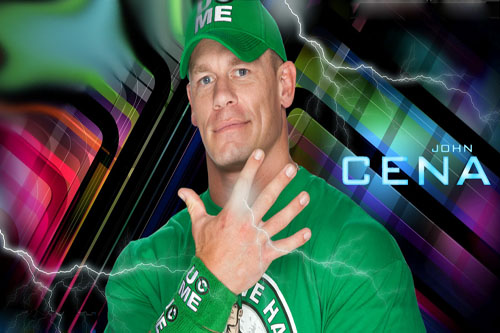 According to Forbes, Boxer Floyd “TBE” Mayweather heads 2014 List of the World’s Highest-Paid Athletes with an income of 105 million a year. Cristiano Ronaldo comes second with 80 million.

Top 10 Richest Wrestlers of All Time

Vince McMahon, born in Riverhurst, North Carolina on August 24, 1945 is an American professional wrestling promoter, commentator, film producer and wrestler. He is a two-time world champion, having won the WWF Championship in 1999 and ECW World Championship in 2007. He was also the winner of the 1999 Royal Rumble. Vince is mostly known as the Chairman, CEO and majority shareholder of World Wrestling Entertainment.

Vince McMahon holds around 39.9 million shares of WWE’s Class A common stock which is 57% of the total stock of entire WWE industry. As of May 2014, WWE is trading at a price of $11.09 per share, which means, Vince’s stock alone is worth $480 million. He has a total net worth of $750 million in his bank. He also owns and lives in Greenwich mansion which is reportedly worth $40 million.

Dwayne Johnson, famously known as The Rock, is an American actor and former professional wrestler. Dwayne played college football in the University of Miami’s national championship team and later, he also played in the Canadian Football League for the Calgary Stampeders. After his career in football, Dwayne decided to follow the footsteps of his father and grandfather who were both professional wrestlers and debuted as Rocky Maivia in WWF.

Dwayne made his fame as a wrestler in World Wrestling Entertainment from 1996 to 2004. He was nine-time world heavyweight champion for the WWE, he is regarded as one of Greatest Wrestlers in WWE History. The Rock began his acting career in 2001 and switched his focus to films on a full-time basis, after retiring from the ring, which helped him to build his $125 million fortune. In 2000, Dwayne also wrote his autobiography named, The Rock Says.

Steve Austin or Steven James Anderson, famously known as the Stone Cold, born on December 18, 1964 in San Antonio, Texas is an American actor, producer and retired professional wrestler. Steve Austin is a six-time world champion and also won three Royal Rumbles, among numerous other titles in WWE. Ric Flair, John Cena and CM Punk, along with McMahon, have each named Austin as the biggest star in WWE history.

In 2003, he was featured as the Co-General Manager and “Sheriff” of Raw, and in 2011, Steve Austin returned to WWE to host the reboot of the reality series Tough Enough. He began acting in the late 90s on television with roles on “Nash Bridges” and “Celebrity Deathmatch”. With his versatile career, Steve has a total net worth of $45 million in his bank.

John Cena or John Felix Anthony Cena, born on April 23, 1977, in West Newbury, Massachusetts, is an American professional wrestler, bodybuilder, rapper and actor. John Cena made his debut in the world of professional wrestling in 2000 with Ultimate Pro Wrestling, where he held the UPW Heavyweight Championship. Later, in 2001, he signed a contract with the World Wrestling Federation and proved himself as he won ten World Titles and three times the WWE US Championships.

He is the 7th longest-reigning WWE Champion in history, as well as the winner of two of the Royal Rumble Match in 2008 and 2013. His rap album, “You Can’t See Me”, was released in 2005 and reached #15 on the Billboard charts. He has also appeared in films like 12 Rounds, Legendary and The Marines. He is on the list with a $35 million fortune.

Stephanie McMahon was born on September 24, 1976 in Hartford, Connecticut. McMahon is an American corporate executive and former wrestling valet and wrestler for World Wrestling Entertainment. She is the daughter of the world famous WWE owner, Vince McMahon. Stephanie started modeling at the age of 13 for merchandise in the World Wrestling Federation catalogs and later,

She attended Boston University, earning a degree in Communications in 1998. She is currently the Chief Brand Officer along with the SmackDown’s General Manager for the sports entertainment company with $25 million dollar fortune. She was also the only 4th-generation diva in the WWE. Stephanie is married to WWE wrestler and executive, Paul “Triple H” Levesque.

Paul Michael Levesque, famously known as Hunter Hearst Hemlsley or Triple H, was born on July 27, 1969 in Nashua, New Hampshire, and is an American professional wrestler and actor. He began training as a bodybuilder in his early teenage years and won Mr. Teen New Hampshire at the age of 19. He joined Killer Kowalski’s wrestling school in 1992 and made his debut in the professional wrestling ring the same year against Flying Tony Roy.

Triple H has held a total of 23 championships, including the WWF/WWE Championship eight times and the World Heavyweight Championship five times. Triple H is the Executive Vice President of WWE and got married to Stephanie McMahon on October 25, 2003, with whom he has three children. He has a $25 million fortune.

Kurt Angle, born in Mount Lebanon, Pennsylvania, is an American wrestler and former WWE champion. At the age of just 6, while in elementary school, he started his wrestling journey. He won the 1987 Pennsylvania State Wrestling Championship in his senior year of high school, two Division 1 Wrestling Championships during college, and also the 1988 USA International Federation of Associated Wrestling Styles Junior World Freestyle Championship.

Paul Randall Wight Jr. is famously known as the Big Show for his 7-feet and 441-pound gigantic body structure. Big Show is an American professional wrestler and actor who has a net worth of $20 million. He made his debut in World Championship Wrestling in 1995. This big man won the WWE Intercontinental Championship once, the WWE United States Championship once, and the WWE Hardcore Championship three times.

He was also the winner of WCW’s annual World War III 60-man Battle Royal in 1996. Big Show is the 24th Triple Crown and 12th Grand Slam winner in WWE history. He debuted in films for Reggie’s Prayer and Jingle All The Way in 1996 and later, also appeared in several other Hollywood productions.

Christopher Keith Irvine, famously known as Chris Jericho, was born in Manhasset, New York in November 1970, and is a Canadian-American former professional wrestler, actor, author, host, and musician. He has won 29 championships during his years in WWE and ECW, and is the first WWF Undisputed Champion ad also the fourth WWE Grand Slam Champion.

He has held the WWF Championship, WCW World Championship, and the World Heavyweight Championship three times. Jericho holds the record as a nine-time Intercontinental Champion of WWE. He has published two autobiographies and plays in the rock band, Fozzy. The heavy metal band has released six studio albums. He was also a contestant on Dancing with the Stars in 2011. He has appeared in four movies including MacGrube, and is on the list with a $18 million fortune. -sporteology