by Top
in Other Sports
0 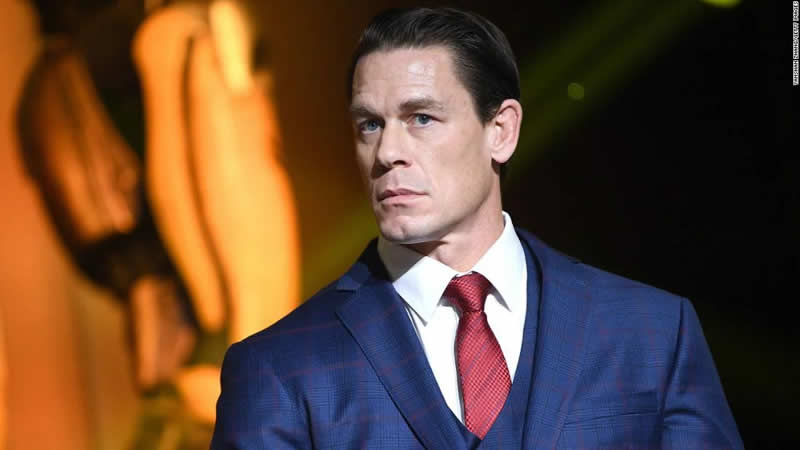 F9″ star John Cena has professed his love for China after calling Taiwan a “country” during an interview that generated a backlash among fans in Hollywood’s most important international market.

The controversy unfolded after Cena — who plays the brother of Vin Diesel’s Dom Toretto in the ninth installment of the popular “Fast & Furious” franchise — gave an interview to Taiwanese broadcaster TVBS promoting the film.
“Taiwan is the first country that can watch F9,” Cena told the broadcaster in Mandarin.
Taiwan is a self-governed democratic island, but China claims it as its sovereign territory despite the two sides being ruled separately since the end of a civil war over 70 years ago. Beijing considers any suggestion of Taiwan’s independence crossing its “red line,” and has been increasingly trying to use its economic power to police speech on the topic around the world.
On Tuesday, Cena offered an apology on Weibo, China’s popular Twitter-like social media platform. Speaking again in Mandarin, Cena did not refer to Taiwan by name or discuss the incident in detail, but he did say that he “did a lot of interviews” and “made a mistake.”
“I’m sorry for my mistake,” Cena said. “I must say now, [it’s] very, very, very, very important [that] I love, and respect even more, China and the Chinese people.”
The episode is a sign of how mindful business in general and Hollywood in particular has become about political sensitivities in China, the world’s second biggest economy and the world’s biggest box office.
The “Fast & Furious” franchise has traditionally been incredibly well received by Chinese audiences. “F9” took in nearly $136 million in China over the weekend, contributing heavily to what is now the biggest opening for a Hollywood film during the pandemic.
Cena has many fans in China, including more than 600,000 followers on Weibo. He’s been studying Chinese for years, and often posts videos on the platform in which he speaks the language while doing movie promos.
Others in the “Fast & Furious” cast have also touted China during promotional tours. During a virtual movie premiere, Diesel reportedly said that part of the franchise’s finale would be shot in China, according to state-run news agency Xinhua.
NBCUniversal, which owns Universal Pictures, the distributor of the film, did not immediately respond to a request for comment from CNN Business.
Cena’s apology video has amassed some 7,000 responses on Weibo so far. Some critics are still angry about his remarks, and accused him of not going far enough.
“Please say ‘Taiwan is part of China’ in Chinese, otherwise we will not accept,” one person wrote.
“I don’t understand why the Chinese people should be so tolerant to him, who has a vague political stance while profiting from Chinese people,” another wrote.
Others were more forgiving. One person pointed out that Cena has been learning Chinese for several years.
“Looking at his previous interviews, I can feel that he really likes China,” the person wrote. “He said the wrong thing and paid the price. He is different from other foreign actors who dare not respond or have different political opinions.”
Beijing often polices the way global brands talk about China or any of its political interests. In 2018, for example, the Chinese government demanded that American Airlines (AAL), Delta (DAL) and United (UAL) change the way they referred to Taiwan or risk sanctions in China, one of the world’s biggest markets for air travel. Also that year, hotel group Marriott’s website and app were blocked for a week after it listed Tibet, Hong Kong, Macau and Taiwan as separate “countries” in its emails and app.
“F9” is also far from the first Western movie to face political pressures in China. Last year, the fantasy action movie “Monster Hunter,” distributed by Sony (SNE), was pulled from theaters in the country days after its release, following uproar on social media about a pun in the script that some viewers said was racist.
And Disney’s (DIS) “Mulan” struggled in the country in the wake of numerous controversies involving pro-democracy protests in Hong Kong and alleged human rights abuses in China’s Xinjiang region. Some within China also criticized the film, with the state-run Global Times writing after the release of the trailer in 2019 that “Mulan” used Japanese “ninja gestures” and Chinese stereotypes.