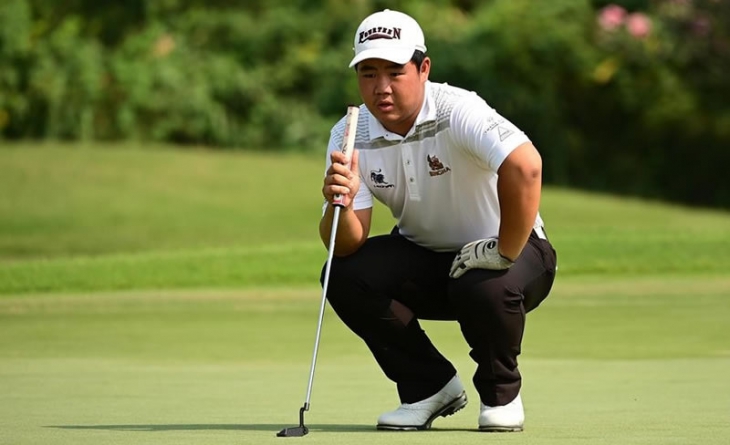 Joohyung Kim of Korea is determined to extend his lead on the Asian Development Tour (ADT) Order of Merit with another commanding performance at the Raya Pakistan Open which starts on Thursday.

The in-form 17-year-old had just dethrone Japan’s Naoki Sekito as the Merit leader thanks to a solid tied-fifth finish at the Combiphar Players Championship in Indonesia a fortnight ago. With his eyes now set on becoming the youngest-ever ADT Order of Merit champion, Kim is targeting another grandstand finish at the US$80,000 tournament, which is the fourth last event on the region’s secondary circuit. Kim stressed the importance of taking advantage of the absence of his closest rivals especially Sekito and Thailand’s Itthipat Buranatanyarat, ranked second and third on the money list respectively. “It’s a pretty important week here because we don’t have lot of events left and a lot of the rivals are not here.

“A good week here can give me a bit of breathing space, but the plan is just to try the best I can and hope for the best,” said Kim, who boast two victories in his last six ADT starts. Besides the Merit charge, Kim will certainly tee off at the Defence Raya Golf Club with an added motivation knowing that he is just one title shy of an immediate Asian Tour promotion. “I’m just trying to play the best that I can and I would say that goes for every week. But without a doubt if I play my A game I know I have chance to be up there,” said the winner of the PGM ADT Tiara Melaka and Ciputra Golfpreneur Tournament.

Kim has heaped praise on the organisers for reviving the Pakistan Open after a lapse of 10 years, adding that it augurs well for the golf development in the country. The Pakistan Open, which was inaugurated in 1967, had previously featured twice on the Asian Tour schedule in 2006 and 2007. “It is my first time in Pakistan and it’s a good experience for me to come to a country I’ve never been to and play.

“I have no doubt that the event is going to generate a positive impact. This is no ordinary tournament, it is a national Open, which the people of Pakistan can be proud of! “I’m hoping that all of us who are competing this week can play a big role in helping to grow the sport in this country. I’m absolutely honoured to be playing here this week,” said the Korean.

Even without Sekito and Itthipat in 125-man field this week, Kim can still expect a strong challenge coming from the likes of Sweden’s’ Oscar Zetterwall, Thailand’s Pannakorn Uthaipas and American Sam Gillis, who are all ADT winners, and local stars Hamza Amin and Muhammed Munir. The Pakistan Open is the only second ADT event to be held in the country following the staging Defence Raya Golf Championship in 2017.