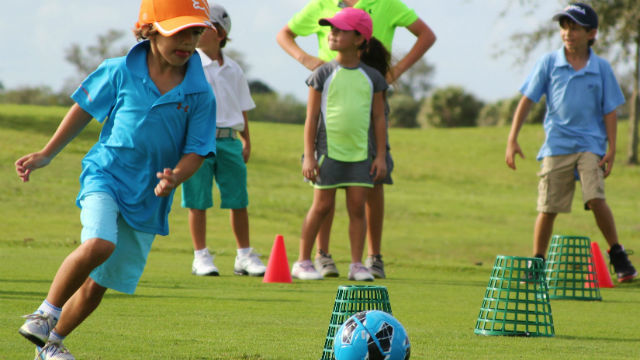 The forced closure of Royal Palm Golf and Country Club by Railways leaves the children of Royal Palm families in the doldrums as they stand deprived of the Summer Sports  Coaching Program scheduled by the Royal Palm management during the Summer Vacations.

This coaching program had been planned for the juniors in the age range 4-18 years and it was aimed to be a vital tonic that would take them to new heights in  tennis,squash,swimming,soccer,athletics,cricket and golf.

To be launched soon after Eid ,this specialized program was aimed to provide  a conducive academic and training environment under expert coaches, for eager and talented sports students.While Soccer and Swimming attracted the most entries ,many had shown interest in squash, tennis,soccer and golf.Based on this interest Royal Palm had nominated expert coaches for each sport and they had prepared detailed plans of how the coaching was to be imparted to the young and eager.In this regard ,the kids in the age group 4 to 10 had to be treated differently as most of them were beginners.Quite a few ,beyond the age group 11 to 18 had plans to improve on the skills they acquired in the coaching camps held in the past.

As regards the aspirants seeking expertise in golfing skills the coach at the golf academy who now stands ousted ,stated that over 50 students had lined up for honing their skills.And talking of his coaching plans ,he said he aimed to start by first of all teaching them the grip,the stance followed by an efficient and effective golf swing.He said that the Driving Range at Royal Palm was a world class facility but now it seems ,it would lie idle without any use.  Similar comments were given by the squash ,swimming and tennis coaches.They were all worried about their students who are no longer available to utilize the superb playing facilities at Royal Palm.

Royal Palm Stormed and Taken Over by Railway Police