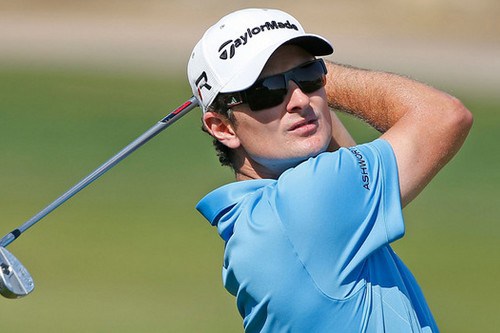 We’re moving closer to the 2014 British Open, it will be the 143rd Open Championship, held 17–20 July at Royal Liverpool Golf Club in Merseyside, England.

It will be the twelfth Open Championship played at Royal Liverpool. And a few golfers in the field will arrive in top form. Here, we compiled a list of 10 hottest Golfers on the PGA 2014.

The 10 Hottest Golfers on the PGA Tour Ahead of the 2014 British Open:

After a tie for ninth at the U.S. Open, Brandt Snedeker has turned in two top-25 finishes. In the season-ending Tour Championship, he won the 2012 FedEx Cup with a victory, and moved into the top ten of the Official World Golf Ranking for the first time in his career. In February 2013, after winning the AT&T Pebble Beach National Pro-Am, he moved to a career high of number four in the world. He will be flying across the pond under the radar, but make no mistake: He’s playing his best golf of the year right now.

Bubba Watson, an American professional golfer is presently second in the FedEx Cup standings. Watson is one of the few left-handed hottest golfers on the PGA tour. He is a multiple major champion, having won the Masters Tournament in 2012 and 2014. In 2014, Watson reached a career-high third place in the Official World Golf Ranking.
Watson’s superb line for 2014:

At No.8 amongst hottest Golfers on the PGA tour, Sergio Garcia from Spain who playing the game with a disgusting amount of ease right now. He plays on both the PGA Tour and the European Tour. He has won over 20 international tournaments, including The Players Championship in 2008.

Hotter than the boiler room on a Navy ship:) With top-10 finishes in two consecutive weeks, Billy Hurley III is at the top of his game. And after missing three straight cuts earlier 2014, he’s made nine of his last 10.

A winner of two major championships, the No. 1 ranked golfer in the Official World Golf Ranking for eight weeks in 2011, Martin Kaymer hold the 6th position amongst the 10 hottest Golfers on the PGA tour 2014. His past three tournament finishes on the PGA Tour look like this: first (U.S. Open), first (The Players Championship), T29 (Byron Nelson Championship).

Jordan Spieth, early this year made his debut at the Masters and shared the 54 hole lead with Bubba Watson. He has been one of the most solid performers on tour throughout the 2014 season, although this is just his second PGA Tour campaign.

As of 19 May 2014, Adam Scott is the World No. 1 ranked golfer. The Australian professional golfer has won 27 professional tournaments around the world, on many of golf’s major tours.

At 2nd place amongst the 10 hottest Golfers on the PGA tour is an Argentine professional golfer who plays on both the European Tour and PGA Tour.

He is known affectionately as “El Pato” in Spanish “The Duck” for his waddling gait.

The Englishman is a tea kettle that has just boiled. Justin Rose plays most of his golf on the PGA Tour, while keeping his membership on the European Tour. He won his first major championship at the 2013 U.S. Open at Merion Golf Club. After finishing second to Tiger Woods in the 2013 Arnold Palmer Invitational, he rose to a career high world ranking of 3rd. -wonderslist