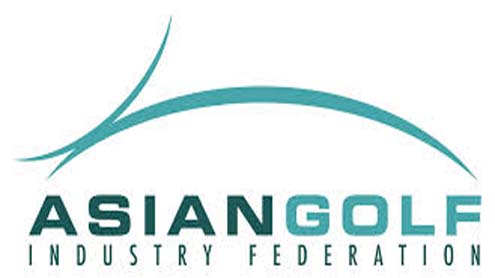 The emerging strength of Asian golf was for all to see when Team Asia completed a remarkable comeback to share the inaugural EurAsia Cup presented by DRB-HICOM with Europe on Saturday. Trailing 0-5 after the opening four ball session and 3-7 after Friday’s foursomes, Team Asia, who was captained by three-time Order of Merit winner Thongchai Jaidee of Thailand, dug deep and showed their fighting spirit by winning six matches and halving two matches to tie the match at 10-10 for a share of the spoils with Team Europe at the Glenmarie Golf and Country Club.

India’s Anirban Lahiri, who contributed with a 2 & 1 win against France’s Victor Dubuisson, feels Asia deserves to be mentioned in the same breathe as the golfing powerhouses from Europe and United States. “A lot of the people wrote us off after the first day. I was reading a lot in the media and on Twitter and Facebook and there was a lot of backlash. But I think all of us found that strength deep within us to come back and show that we are golfers as well. “Everybody puts European golf up there and I think it’s time Asian golf gets the credit we deserve,” said Lahiri, a three-time Asian Tour winner.

Gaganjeet Bhullar, who enjoyed a convincing 4 & 3 victory over Denmark’s Thorbjorn Olesen, shared similar sentiments with his fellow compatriot. “When we were walking off the 18th green today, we felt a great sense of achievement,” he said. “Our results showed how far we have come. There was a time when we used to say we were from Asia and they asked if we have a tour. With this performance, people will know that the next superstars are coming from the Asian Tour.” Despite the lack of match play experience, Bhullar, a five-time Asian Tour winner, was delighted that Team Asia rose to the occasion and proved their worth on the world stage. “If you look at the PGA Tour and the European Tour, they get to play The Ryder Cup and The Presidents Cup.

For us, this is the first time we all have an opportunity to actually showcase Asian golf,” said Bhullar. “We’re proud of how we picked ourselves up the last 48 hours. I think it’s a great moment for Asian golf because it’s put us on the map and I know a lot of people will now take notice of 10 of us and the Asian Tour,” added Bhullar. Thongchai hailed the courageous fight back from his team and was delighted with their never-say-die attitude. “I’m really proud of my team as they did a really good job by winning seven points today. It was a very good comeback and we showed that we can never be written off,” said Thongchai.

The decorated Thai, a 13-time Asian Tour winner, led by example by defeating Northern Ireland’s Graeme McDowell 3&2. That valuable point won also allowed the Thai to gain some revenge over McDowell after losing to the Northern Irishman in the finals of the Volvo World Match Play Championship last year. “Everyone played really well today and it was simply unbelievable. If given the opportunity again, I want to play in the EurAsia Cup again,” said Thongchai.

Team Europe’s captain Miguel Angel Jimenez of Spain aptly summed up the assessment that Asian golf now belongs on the world stage. “It’s an amazing day of golf. It’s been very tough. The Europeans did not win the tournament and the Asian Team played very well. That showed that golf is very, very healthy all over the world,” said Jimenez. The EurAsia Cup presented by DRB-HICOM is sanctioned by the Asian Tour and European Tour. Professional Golf Malaysia (PGM) will act as the local facilitator for the event

DRB-HICOM Berhad (DRB-HICOM) is one of Malaysia’s leading conglomerates with core businesses in the Automotive; Services; and Property, Asset & Construction sectors. With more than 80 active companies in its stable and over 57,000 employees group-wide, DRB-HICOM’s aim is to continue adding value and propelling the nation’s development. In the Automotive sector, DRB-HICOM is involved in the manufacturing, assembly and distribution of passenger and commercial vehicles, including the national motorcycle. In Services, DRB-HICOM is involved in various businesses, including concession and financial-related services. In Property, Asset & Construction, DRB-HICOM is involved in residential and commercial developments. Visit www.drb-hicom.com

About Professional Golf of Malaysia (PGM):

Professional Golf of Malaysia (PGM) is a Company Limited by Guarantee, registered on 5th August 2010 in Malaysia. As a non-profit organisation, PGM’s objectives are to promote the sport of golf and to contribute towards its enjoyment and growth. To conduct and/or coordinate training on golf-related courses in order to enhance the playing capabilities and skills of professional golfers, as well as to promote and/or conduct a golf Tour or events as a means to hone their skills and to elevate the standards of the professional golfers in Malaysia. Also, to provide a platform for Malaysia’s professional golfers to enable them to focus on playing while PGM shoulders the responsibility of arranging and financing these tournaments.

About the Asian Tour:

Also, visit us at www.asiantour.com,

About The European Tour:

The European Tour is committed to celebrating the game of golf from the origins of the professional game, building a proud history of achievement, sportsmanship and integrity as well as showcasing our diverse global talent and rich landscapes. The European Tour’s innovative approach enables us to embrace the world, combining championships of tradition with new tournaments in the cities and countries of the future.

The European Tour International Schedule, which from 2009 has incorporated The Race to Dubai, is a thriving global brand which, in 2013, will feature a minimum of 45 tournaments spread across all five continents of the world; the European Challenge Tour focuses on the up and coming players of the future; while the European Senior Tour provides a new start for champions celebrating their 50th birthday. The European Tour’s corporate identity features the iconic silhouette image of six-time Open Champion Harry Vardon who gives his name to The Harry Vardon Trophy, presented to the player who is crowned European Tour Number One and winner of The Race to Dubai at the end of the season. -Timesofpakistan.pk