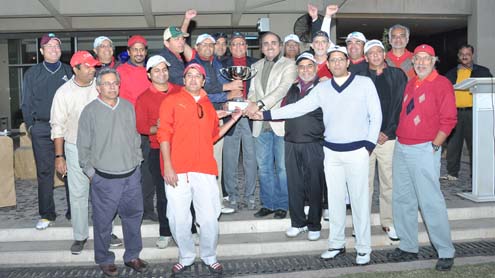 Local knowledge of the golf course and some accomplished performances by the  strong 26 member golf team team spearheaded by Lt Gen(r) Muhammed Tariq took the Royal Palm team up the winners rostrum in the Inter Club Golf Match against the Lahore Gymkhana team after 18 holes of demanding golf,on the Quaid Day , at the extensively prepared Royal Palm golf arena.

The scores at end of the competition aggregated to 33 points for Royal Palm and 19 points for Gymkhana,and the margin of victory looking superb and giving the contest a one sided look.