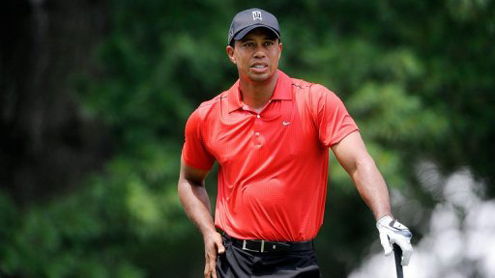 Woods won for the third time this year by outlasting fellow American Bo Van Pelt in a back-nine duel that went down to the final hole. Woods closed with a two-under 69, giving him a two-shot victory and moving him into second place on the tour’s career list, one ahead of Nicklaus. Woods took the lead on 17 where Van Pelt made bogey after his ball sailed over the green.

He sealed the victory with a superb nine-iron approach that landed and rolled onto the flat part of the green on 18. Van Pelt made it easy for him by finishing with three consecutive bogeys, beginning with No. 16. Van Pelt closed with an even-par 71. Woods moved to the top of the PGA Tour money list and the FedEx Cup standings for the first time since 2009. Australia’s Adam Scott finished in third place at five-under-par 279. He matched the low round of the day with a four-under par 67. Robert Garrigus (70), Jhonattan Vegas (71), Billy Hurley (72) and Noh Seung-yul (73) tied for fourth place at minus-four. Third-round leader Brendon de Jonge, of Zimbabwe, stumbled to a six-over 77 and tied for 11th at one-under-par 283.-Dailytimes