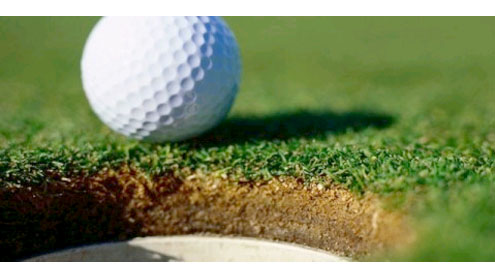 KARACHI: The 41st Pakistan Open Golf Championship will get underway at the exquisite, par 72, DHA Golf and Country Club Golf Course, from Friday (December 29) and will be contested over four rounds with final round to be played on Sunday (January 1 2012).

This was stated by Taimur Hassan, Honorary Secretary Pakistan Golf Federation in a press conference at the DHA Golf Club, Karachi who was accompanied by Farrukh Aslam of AKD Securities, the sponsors of this championship, Mehmood Aziz, Tournament Director and Mohammed Irfan, Chief Referee of the tournament. He further said, “Through a superb initiative the Pakistan Golf Federation, in collaboration with Defence Authority Country & Golf Club management and the sponsors AKD Group, will be hosting the prestigious Pakistan Open Golf Championship from December 29.”

Being the national championship, it attracts golf champions of stature and standing from all over the country, and virtually all the prominent ones have already converged to DHA seeking honors, lucrative cash prizes and also the chance to be declared the open national champion of Pakistan. And for the ultimate winner, it is not going to be easy. Traits required will be unrivaled golfing skills, admirable temperament and the will to win. Of course professional participants and competitors will be 90 plus but the front runners are expected to be 20 or a few more.

Some are considered established and highly ranked and rated while the younger ones have their aspirations to pursue and show that they have ample touch of excellence that can propel them as high achievers. “Holding of this championship represents an enormous challenge with generous financing, a golf arena oozing with beauty and challenge and not to forget a devoted and dedicated administration, and last but not least champions at their best, all prepared to illuminate the golf arena with superior play and quality golf, for four days from 29th December 2011 to 1st January 2012,” he added.

It was also highlighted that for the professionals, this event seeks to create a prodigious opportunity and there are ample cash prizes for the top performers, besides non cash awards for the participating amateurs. A Rs three million cash bag is there for distribution amongst the 40 best professionals and featuring in the contest will be players of remarkable ability and talent and one can expect them to show their extraordinary golf ability.Watching the top players of our golf circuit in action is always a delight and this grand occasion provides an opportunity to the golf lovers to quench their love for the game by giving tremendous performances.

Farrukh Aslam of AKD Securities was extremely pleased about getting associated with a major golf event and highlighted that this has been done in the past also and AKD will always be there for support. Prominent competitors in the Professionals section in order of their national ranking are: Muhammad Shabbir, Islamabad, Matloob Ahmed, Gymkhana, Mohammed Munir, Islamabad, Shahid Javed Khan, Royal Palm, M. Tariq, Islamabad, Imdad Hussain, Lahore Garrison, Waheed Baloch, Karachi, Mohammad Siddique, Lyallpur, Amjad Yousaf, Karachi, Afsar Ali, Karachi.

As for the young and upcoming professionals, the names of Aadil Jehangir, Shafique Masih and Aleemur Rehman stand out and their performances will be under focus. More notable are the additions of two youngsters of immense talent and ability; Hamza Amin and Sufiyan Dhaduk. They have just declared their migration from amateur ranks to the professional category. Hamza Amin is lucky in the sense that he has golfing blood, his father Taimur Hassan Amin having many accomplishments to his credit and a legendary aura around him.As an amateur Hamza became the national amateur champion in2011 and looks to an upward climb in the competitive professionals golf world.

In the Seniors professionals category, the prize money is Rs 500,000/. Taimur also clarified that professional golf is gradually evolving in Pakistan and in the past six months the open tournaments have yielded over Rs 10 million to the professional golf players, which is a substantial improvement over the earnings that travelled to their pockets three years back. “Yes, as economic activity picks up in the country, the situation will be further improved,” he added.

Answering another question Taimur said the Asian Tour is likely to return to Pakistan within a year or so.The organisers of the DHA Golf Club led by Brig Hassan Rafi have successfully managed to keep the golf course in exceedingly good shape. This 7000 yards, 18 holes, par 72 layout is hosting the Open Championship for the first time since the redesigning of the golf course. The last time the Open was held here in 2001 and won by Taimur Hussain.