Woods off to slow start in return to competition 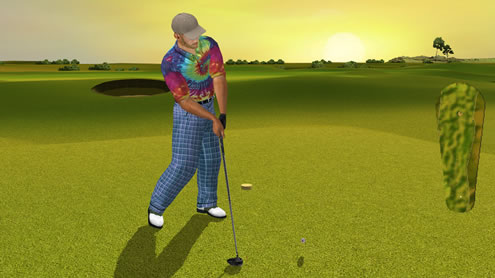 SAN MARTIN (AFP) – Tiger Woods’ return from a two-month layoff got off to a lackluster start on Thursday as the former world number one fired a two-over par 73 in the first round of the Frys.com Open.The 14-time major champion had to battle in rainy, chilly weather at the par-71 CordeValle Golf Club, finally reaching the clubhouse six shots off the first-round lead of 67 which was shared by four players. Woods, a 14-time major victor, has not won a tournament in almost two years, since the revelation of a secret sex life that led to divorce and shattered his squeaky clean image.

He has since battled left knee and tendon injuries suffered at the Masters in April, where his share of fourth place was his best showing in eight previous starts this year. Woods hadn’t played since missing the cut in the PGA Championship in August and opened promisingly with a birdie, but that was followed by back-to-back bogeys. His card also included a double-bogey at the 605-yard, par-five 12th.

He added one more birdie, at the par-five 15th, but couldn’t build any momentum, and hit just seven of 14 fairways but said his biggest problem was with his putter. “It was probably one of the worst putting rounds I’ve ever had,” Woods said. “I can’t putt the ball any worse than I did today.”Brendan Steele, Briny Baird, Garrett Willis and Matt Bettencourt shared the first-round lead on four-under par 67. Australians Matt Jones, Steven Bowditch, Aron Price and Rod Pampling were among a group on 68 that also included Troy Matteson and Canadian Chris Baryla.

Jones and Pampling are both battling to stay in the top 125 on the money list and retain their US tour cards. Woods said his time away from competition had given him time to practice and solidify the swing changes he has made with coach Sean Foley.Back on the tour, however, his struggles of 2011 continued. Even when he did hit the ball well, his efforts were undone on the greens. “The rest of the game was not too bad,” said Woods, who missed three putts of less than six feet, including two for birdie.”I hit some bad shots, yes. But also, I hit some really good ones. And very pleased at the shots I was hitting most of the day. But I got nothing out of the round on the greens… you know, I just missed putts.”

At the 12th, Woods found the left rough and when he hit his second shot the grass snarled on his club and the ball headed into a hazard and was never found. Having replayed the shot he had to lay-up and eventually two-putted from 35 feet for his seven. While Woods’ opening effort raised the spectre of a potential second straight missed cut, he was looking forward to making up ground.”I need to put together a good round tomorrow and gradually piece my way back into the tournament,” he said. After this tournament, Woods has a month off before the Australian Open and the Presidents Cup, where he will play as a captain’s pick by Fred Couples in the matchplay showdown between the United States and an international team.

“I’m just playing to get competitive and win a golf tournament,” Woods said.”It’s not about validation. It’s about going out there and playing. And right now, I’m six back.” While the conditions weren’t conducive to low scoring, Steele birdied his last two holes while Baird played without a bogey.Willis had five birdies and just one bogey while Bettancourt’s 67 included an eagle at the par-five 15th. – nation