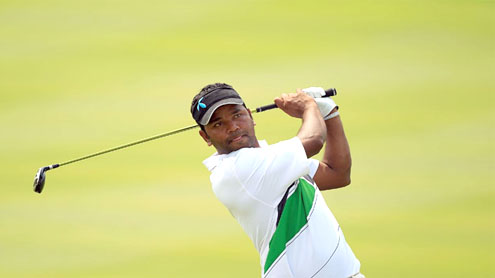 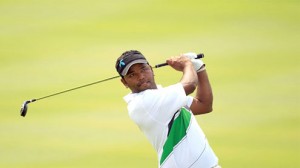 Englishman Westwood, the hot favourite, was among seven players tied in eighth place on identical 68s. If he wins this week and Luke Donald does not in the United States, Westwood will regain his world number one spot from Martin Kaymer. “I’ll let things take its course and see what happens at the end of the week. Like I said before, I’m here to win a golf tournament,” said Westwood, Europe’s number one in 2000 and 2009. He struggled to get his putter on fire early in the round but birdied his closing two holes to put himself within touching distance of the lead. “I played solidly but I was a bit frustrated out there. It has been the story for me so far, hitting it great from tee to green and giving myself a lot of chances but not taking it,” added the Englishman, who turns 38 on Sunday.

Siddikur, who goes by only one name, said he was hitting form at the right time. “I was hitting and putting very well and it has been like this for a few weeks now. I’m getting more confidence every week and that’s why I’ve been playing so well,” said the 2010 Brunei Open winner. Siddikur has come a long way since his days as a caddy at the Kurmitola Golf Club in Bangladesh, where his first club was a broken seven iron head stuck on a metal rod. He is the first Bangladeshi to play and win on the Asian Tour and has continued to shine with commendable performances. – Dailytimes